In spite of strong top-line sales, second-quarter earnings came in way below the e-tailer's stated targets. Here's how that happened.

Online-retail giant and cloud-computing veteran Amazon.com (AMZN -1.08%) reported second-quarter results on Thursday night. The company delivered a mixed quarter with strong top-line sales but weaker operating profits, and guidance figures set the bar rather low for the next quarter.

Amazon rushed past the top end of management's revenue guidance but did not translate the top-line windfall into strong profits. Instead, operating income landed in the bottom half of the official guidance range, and the earnings figure was only half of the $0.80 bottom-end forecast from three months ago.

Strong gross profits were absorbed by rising operating costs, with year-over-year increases in the 45% range for marketing, fulfillment, and technology expenses. In other words, Amazon is scaling up its infrastructure rapidly, even if it leads to soft quarterly profits. 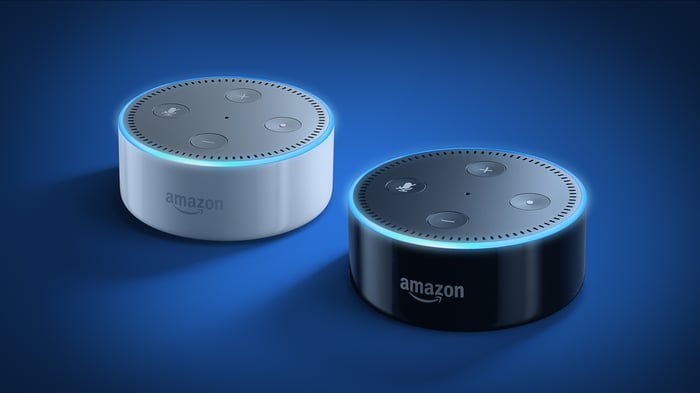 Amazon Web Services (AWS) sales surged 42% above the year-ago result, and that segment's operating profits rose 28% to $916 million. That's more than Amazon's total operating income, because the international retail segment recorded an operating loss of $724 million. AWS and its cloud computing services have become an important profit center for Amazon.

The report was otherwise light on new information regarding the proposed buyout of Whole Foods Market (WFM), the current number of subscribers to the Amazon Prime shipping service, or the exact volume of unit sales for the Alexa-powered line of Amazon Echo devices. All of these details would be useful for Amazon shareholders, but could also give the competition too much information about Amazon's internal workings. So mum's the word, and the financial figures get to do the talking.

Most of it, anyway.

"Our teams remain heads-down and focused on customers," said Amazon founder and CEO Jeff Bezos in a prepared statement. "It's energizing to invent on behalf of customers, and we continue to see many high-quality opportunities to invest."