Over the past decade, Chipotle Mexican Grill (CMG 2.00%) was hit by numerous food safety incidents that spooked its customers and investors. In 2008, outbreaks of hepatitis A and norovirus affected several hundred customers. The following year, undercooked chicken caused an outbreak of campylobacteriosis.

In 2015, outbreaks of E.coli, norovirus, and salmonella hit multiple Chipotle locations, affecting hundreds of customers. Chipotle implemented new food safety standards, but over a hundred customers were infected with the norovirus again in mid-July. Shortly afterward, rodents fell through the ceiling at a Dallas location in an ill-timed coincidence.

Those headaches caused Chipotle shares to tumble nearly 20% over the past month. All eyes are now on the company's founder and CEO Steve Ells, who repeatedly promised (but failed) to solve the company's food safety problems. Should Ells step aside after this recent debacle?

Chipotle claims that it only serves naturally raised meat and other locally sourced, non-GMO ingredients. That makes Chipotle's food sound more appealing than what's served at other fast food chains, but it also means that most of its supply chain is fragmented among local suppliers -- making it hard to properly track safety issues.

In late 2015, Wedbush Securities analyst Nick Setyan told CNBC that unless Chipotle changes its local sourcing practices, it "will have trouble addressing the issues" behind the outbreaks. Larry Light, former global chief marketing officer at McDonald's (MCD 1.12%), told CNBC Chipotle was "trying to be a big chain acting small," and that it needed to pivot toward "bigger-scale, national suppliers" instead of local suppliers.

Chipotle defended its use of local suppliers, but it's likely the root of these safety problems. McDonald's, which uses a few large-scale suppliers, hasn't faced comparable food safety issues in the U.S. in recent years.

The impact of those crises

Chipotle weathered the food safety issues in 2008 and 2009 with minimal damage to its revenue growth, but customers weren't as forgiving in 2015 and 2016. 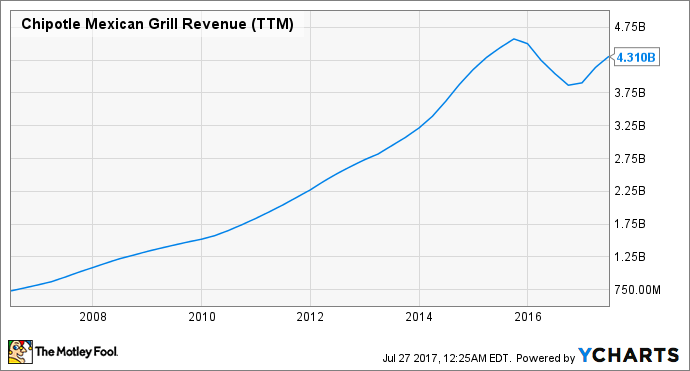 In fiscal 2015, Chipotle's revenue rose just 9%, compared to analyst expectations for 47% growth. In 2016, its revenue fell 13%. Analysts had expected Chipotle's revenue to rise 16% this year as it moved past the food safety incidents, but the latest norovirus outbreak is now casting doubts on that recovery.

Chipotle tried to win back customers by giving away free food, but mixing those promotions with sliding comps and surging food costs caused its earnings to plummet 95% in 2016. If Chipotle needs to give away food again, analyst expectations for a big earnings recovery this year could miss the mark.

How accountable is the management?

During last quarter's conference call, Ells stated that the incidents of 2015 revealed that Chipotle's food safety program "needed to be more robust, and it became clear that we were too focused on building cultures." 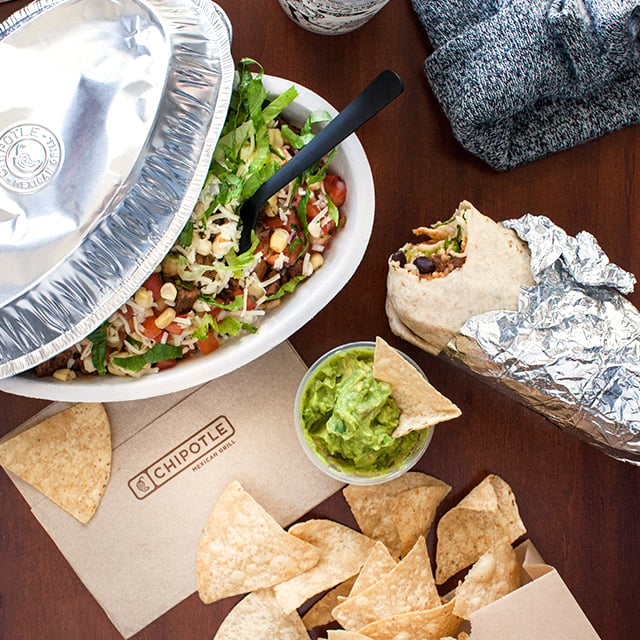 Ells noted that norovirus is "common and highly contagious," and that the recent outbreak is "unrelated" to its food supply chain.

Instead, Ells blamed the recent norovirus outbreak on an employee who "was working while sick" in violation of its sick policy. He added that employees will undergo a round of "comprehensive communication and training" to prevent future incidents. Ells also hopes that bringing back queso -- its popular melted cheese dip -- will bring back some customers.

Does Chipotle need a new CEO?

I believe that Chipotle needs a CEO who is willing to pivot most of its supply chain to large-scale suppliers. At the end of 2015, only about 10% of Chipotle's ingredients came from larger and regional suppliers.

Steve Ells seems unwilling to make those changes, so Chipotle could be torpedoed by more food safety issues in the future. As these problems worsen, Chipotle can't simply win back customers with free food or new menu items -- so it might be time for a new leader to take the helm.