A slew of strategic partnerships inked over the last year and a half is providing PayPal with volume to sustain its aggressive revenue growth.

The payment-transactions ship known as PayPal Holdings Inc. (PYPL -2.96%) sailed full steam ahead during the second quarter, maintaining its brisk start to the year, and providing management the opportunity to revise earnings guidance upward for the remainder of 2017. Before diving into details, let's review headline numbers directly below:

Now, take a look at the updated version PayPal provided this week. In the second quarter, the company inked no fewer than ten major partnerships or extensions of existing agreements. The timeline which began in February of last year is becoming quite crowded: 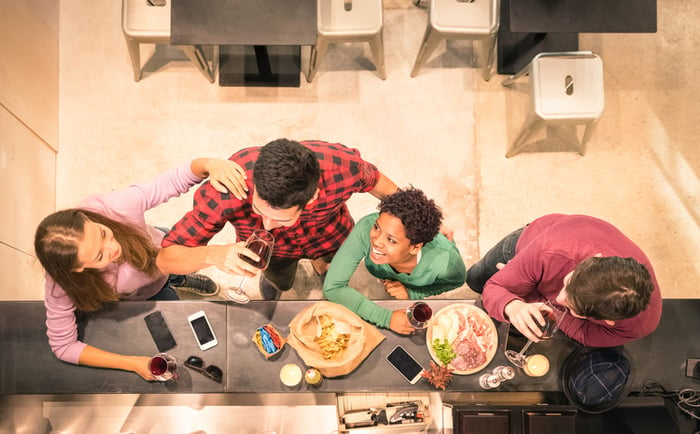 Our performance is driven by the cumulative effect of multiple initiatives. We have fundamentally retooled our technology and infrastructure, leading to significant improvements in availability and developer productivity. We have meaningfully improved our core experiences and expanded our suite of products. Our overall scale is accelerating due to the network effects of our two-sided platform. There is clearly a macro secular shift toward digital payments, and our customer choice results continue to exceed our expectations.

Throughout the quarter, we saw our relationships with issuers grow increasingly collaborative and productive. For example, we are pleased to see leading issuers, including Wells Fargo and HSBC, actively marketing PayPal to their customer base, encouraging their clients to link their cards into PayPal accounts.

As networks and card issuers realize greater transaction volume by collaborating with PayPal, they begin to act as free marketing resources for the payments platform -- an enviable position for PayPal to find itself in.

PayPal's solid quarter resulted in an earnings guidance revision from management. The company now expects full-year revenue to grow 18% to 19%, against its previous guidance of 15% to 17%.

Looking ahead to the third quarter, PayPal anticipates that revenue will rise between 18% and 20%. If PayPal continues this fervid pace and hits its third-quarter top-line target, the organization will be well on its way to meeting full-year 2017 goals as well.