The Huntsman spin-off should hit the stock market in the first week of August.

Next week's big IPO is that of pigments and additives specialist Venator Materials, which aims to raise up to $477 million in gross proceeds from the issue. Venator Materials is a spin-off of sprawling chemicals company Huntsman (HUN 1.08%), which will retain a strong majority stake after the IPO. Let's open the can on Venator Materials and see what's inside.

Huntsman has considered hiving off what is now Venator (the Latin word for "Hunter," by the way) since 2013, when it bulked up its pigments business by agreeing to a $1.1 billion acquisition of Rockwood Holdings' performance additives and titanium dioxide assets. An ambition to bundle these operations into a new company, to be floated in an IPO within two years, never came to fruition. 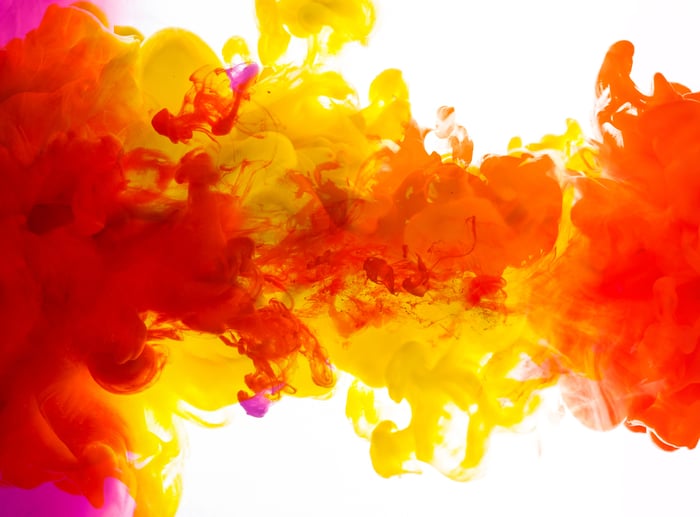 Fast-forward to April 2017, when Huntsman again put the issue on the table. The following month it announced it agreed to an all-stock merger with Swiss peer Clariant to form HuntsmanClariant. In that announcement, it confirmed that the Venator flotation was indeed going to take place.

But Venator won't float very far. Following the IPO, Huntsman and its affiliates will retain a controlling stake of just under 79% in the company. It will, however, control a big player in the pigments and additives segment that operates 27 facilities producing goods for customers in over 110 countries. Venator employs roughly 4,500 people, and its customer list is dotted with familiar names such as Sherwin-Williams, Akzo Nobel, and BASF.

In 2016, Venator's efforts produced just over $2.3 billion in revenue, slightly down from the previous year's tally. It lost $77 million on the bottom line, a narrower deficit than 2015's $352 million. In its current form, the company has never posted a profit.

Venator doesn't sound an encouraging note when it describes the current market for titanium dioxide, the compound responsible for almost 73% of its revenue. It writes that although the market "has shown signs of recovery, prices and margins remain below long-term historical averages."

It believes these prices and margins will recover on the back of "global capacity utilization rate improvements and further price increases." But even if that occurs, producing titanium dioxide is costly, and there can be no guarantee that this happier situation will lift Venator's revenue or tip the habitual loss-maker into bottom line profitability.

Another negative is that Venator itself will receive no proceeds from this sale. As Huntsman is the selling party, it will collect all the monies. This pile will subsequently be used to help retire Huntsman's debt. At the risk of stating the fairly obvious, in an ideal situation an IPO raises funds for the company being floated to boost working capital -- not to pay down a relative's debt.

Huntsman has been in the pigments and additives game for years, and I'm sure Venator will be guided sensibly and continue to pull in billions of dollars supplying its many customers. I'm just not certain it'll be a good stock to own.

Huntsman is selling 22.7 million shares of Venator in the IPO, priced at $20 to $21 per share. Following that, Venator is scheduled to list on the New York Stock Exchange starting Thursday, Aug. 3, under the ticker symbol VNTR.