The quick-turn manufacturing service provider's revenue and adjusted EPS grew 9.4% and 8.9%, respectively, from the year-ago period. 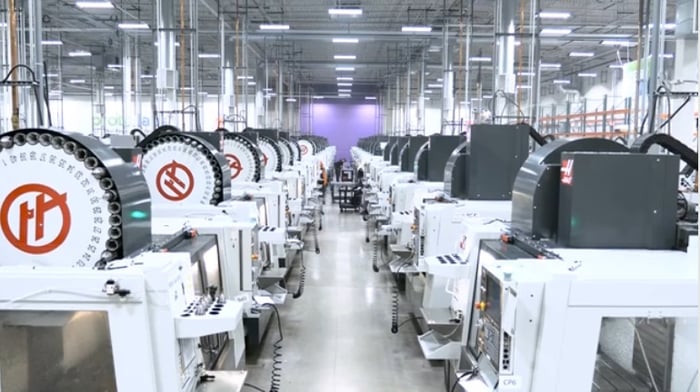 Revenue growth was stronger than the reported number suggests. Adjusting for discontinued services and the impact of foreign currency, year-over-year revenue grew 12.8%, CEO Vicki Holt said on the analyst conference call. Revenue in the United States, the company's largest market, jumped 14.5%, revenue in Japan grew 8.2% or 11.5% in constant currency, and revenue in Europe declined 6.6% on a reported basis. Adjusting for the negative impact of foreign currency and discontinued services, Europe's revenue grew 3.6%.

Proto Labs had forecast adjusted EPS of $0.45 to $0.51 on revenue of $77 million to $83 million, so it came in at the mid-to-high end of its earnings guidance and at the midpoint of its revenue outlook.

For additional context -- though long-term investors shouldn't give too much importance to Wall Street's near-term estimates -- analysts' consensus expectation was that Proto Labs would deliver adjusted EPS of $0.48 on revenue of $80.9 million. So the company slightly beat both estimates.

Proto Labs continues to be a cash-generating machine with a strong balance sheet: It generated $20.6 million in cash from operations in the quarter, and ended the period with $217.9 million in cash and equivalents. It has no long-term debt.

Data source: Proto Labs. *Does not equal $82.0 million due to rounding.

CNC (computer numerical control) machining once again led the way, as it did in the first quarter with its 16.4% year-over-year growth. This business produces on-demand metal prototypes and low-volume production parts.

The 3D printing business' growth also accelerated from last quarter, when revenue grew 10.7% year over year. 3D printing accounted for 13.3% of total revenue in the quarter, up from 12.6% in the first quarter. Given the rosy projected long-term growth dynamics for 3D printing, it's likely this business will continue to grow as a percentage of Proto Labs' overall business.

The plastic injection molding segment's growth slowed from last quarter, when it grew 11% year over year. The business was particularly soft in Europe, Holt said on the conference call.

Proto Labs doesn't provide a breakdown of operating earnings or any other measure of profitability for its segments. What we do know is that 3D printing -- which is the company's newest business -- has the lowest profit margin of the three businesses. Proto Labs has been working to increase this segment's profitability.

We delivered record revenue this quarter with the Americas leading the way with 14.5 percent year-over-year growth. Our revenue growth was driven by an 18.8 percent growth in the number of unique product developers we served this quarter, reflecting continued penetration of our market opportunity.

Holt commented on the conference call that the company remains focused on its three main priorities in 2017, which are "to drive productivity of our sales and marketing activities to attract more product developers, continue to expand the envelope of our existing services to be able to fulfill more of our customers' needs and achieve strong gross margins."

Proto Labs had a solid quarter, with key metrics all moving in the right direction. The weak spots, which Proto Labs is addressing, were the injection molding business and Europe in general.

CFO John Way outlined the third-quarter guidance on the conference call as follows:

The outlook for adjusted EPS factors in investments related to the company's launch of on-demand manufacturing and its metrology lab.