Sales of spirits are surging around the world and Diageo plc (NYSE:DEO) is one of the largest beneficiaries of the industry's growth. The company has a leading position in scotch with Johnnie Walker and the new gin trend with Tanqueray.

On Thursday, Diageo reported fiscal 2017 results, which gave investors their first look at financials since midyear. Here are the big takeaways. 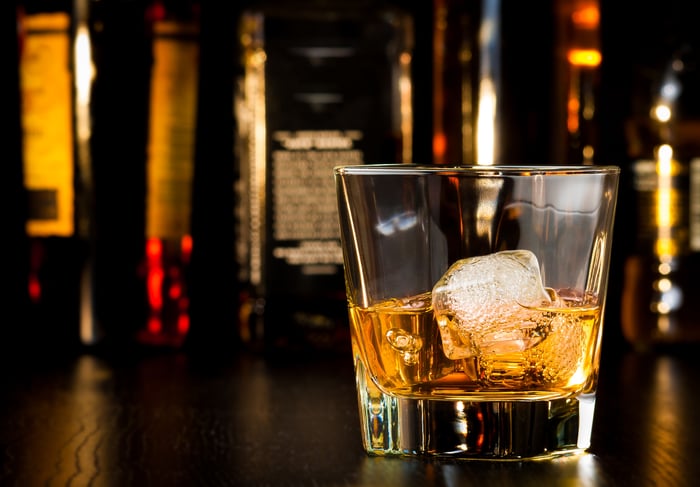 What happened with Diageo plc this quarter?

Results were impacted heavily by currency, but underneath that was a business that showed remarkably broad-based growth across product lines and geographies.

Management said the company's focus on high-end products and efficiency are really paying off in the spirits market. Diageo is trying to replicate some of the success in the scotch business in gin and tequila in 2018. That's highlighted by the acquisition of Casamigos for as much as $1 billion. The hope is that this will be another high-margin growth product going forward.

The focus in fiscal 2018 will be on margins. Management has a goal of increasing operating margins by 175 basis points for the three years ended in fiscal 2019. That could drive bottom-line growth even further.

The global spirits business is growing slowly but surely and Diageo is well-positioned to capture incredible value in the market. Its focus on scotch has been a big strength the last few years and it doesn't look to be losing steam anytime soon. With broad growth across the world, Diageo can focus on efficiency and that should lead to long-term profit growth for investors.