Trading at multi-year lows, TripAdvisor (NASDAQ:TRIP) shares have had a tough slog, down nearly 20% so far in 2017. In its second-quarter earnings call, which will be held on August 9, investors will be searching for signs that the online travel company has a realistic path back to its once-impressive growth rates. Here are the items I'll be looking at most closely to gauge whether the company's turnaround is gaining traction. 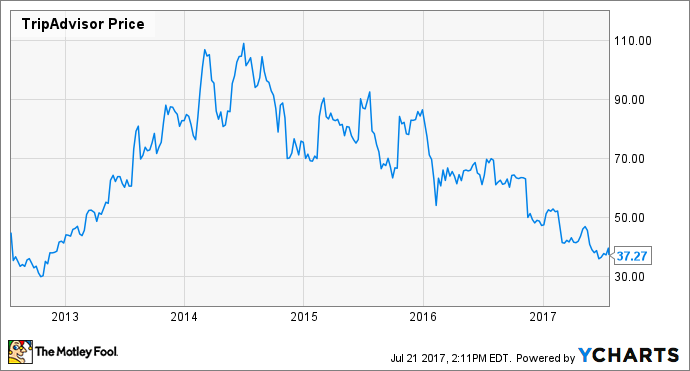 TripAdvisor's hotel segment was responsible for 84% of the company's total revenue last quarter and continues to be the key area to watch. The shift to an instant booking model -- which encouraged users to book their stays directly with TripAdvisor -- caused hotel segment revenue to decline for four consecutive quarters in 2016, as users were reluctant to embrace the new feature. In response, the company began de-emphasizing instant booking earlier this year, saying it would no longer discourage users from clicking away to book with one of TripAdvisor's partners -- particularly when instant booking was not able to offer the best price. 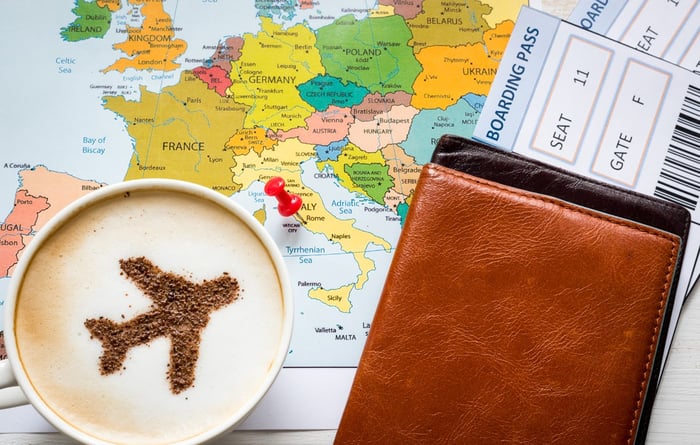 That evolving stance on instant booking appears to be helping, as TripAdvisor's hotel segment revenue finally returned to growth in the first quarter, rising 4% to $314 million. This was fueled partly by 9% growth in monthly unique hotel shoppers. But more importantly, click-based and transaction revenue (which contributes roughly two-thirds of the hotel segment's total revenue) rose 12% for the quarter, marking its first quarter of positive growth since late 2015.

What to watch for: With instant booking less prominent, look for hotel revenue growth to accelerate, which is critical if TripAdvisor is going to hit its guidance for double-digit total revenue growth in 2017. The company also believes it can achieve double-digit growth in click-based and transaction revenue this year -- although it recently warned that it's expecting a slowdown from the 12% growth it saw in Q1.

Can the non-hotel segment find another gear?

The one bright spot in TripAdvisor's business over the past couple of years has been the smaller, but faster-growing non-hotel segment, which comprises attractions, restaurants, and vacation rentals. TripAdvisor has stated that it believes the attractions business alone could one day grow to $1 billion in annual revenue.

Revenue for this segment grew by 27% in 2016. So far this year, that growth has slowed a bit -- with revenue increasing 18% in the first quarter to $58 million. For the remainder of the year, however, TripAdvisor expects revenue growth to accelerate, fueling full-year annual growth close to last year's 27% mark. On its last conference call, the company also said the non-hotel segment is on track to become profitable in 2017.

What to watch for: Whether management adjusts its prior guidance. Over the past several quarters, the non-hotel segment has helped compensate for underwhelming performance in the hotel segment. Until the hotel side of things returns to healthy growth, TripAdvisor needs every bit of help it can get from its attractions, restaurants and vacation rentals businesses.

One nagging issue that TripAdvisor hasn't been able to solve is its mobile monetization rate. More than half of the company's user traffic comes from mobile devices, and that number is only going up. The problem is that TripAdvisor's mobile users monetize at just 30% of the rate for desktop users.

During the second quarter, the company rolled out a streamlined app experience aimed at helping lift this number, which will be crucial if the company hopes to get back to growing its top line at anything approaching the rates of its glory days.

What to watch for: Evidence that the company's latest redesign effort is working, plus any other steps management is taking to close the gap between mobile and desktop monetization rates.

Make no mistake, TripAdvisor has a long and uncertain climb ahead to get back to its headier days of 20%+ revenue growth. On the plus side, the company appears to have turned the corner on hotel revenue last quarter and continues to grow its average monthly unique visitors at double-digit rates, which should keep TripAdvisor's top line moving in the right direction. Moreover, with the company spending $70 to $80 million on advertising this year -- aimed at getting users who use TripAdvisor for research to book their travel there as well -- the company may finally be on the verge of seeing a resurgence in its core hotel business.