Shares of mobile IT software developer MobileIron (NASDAQ:MOBL) are sinking today, down 13.2% as of 12:21 p.m. EDT, after the company reported earnings results.

MobileIron released second-quarter results Thursday night, and the report failed to impress investors. Revenue increased 12.4% year over year to $42.7 million while adjusted net losses per share shrank from $0.14 to $0.08. The bottom-line result was in line with analyst expectations, but the sales tally fell short by $1 million. Looking ahead, MobileIron's third-quarter and full-year guidance also largely matched Wall Street's current views. 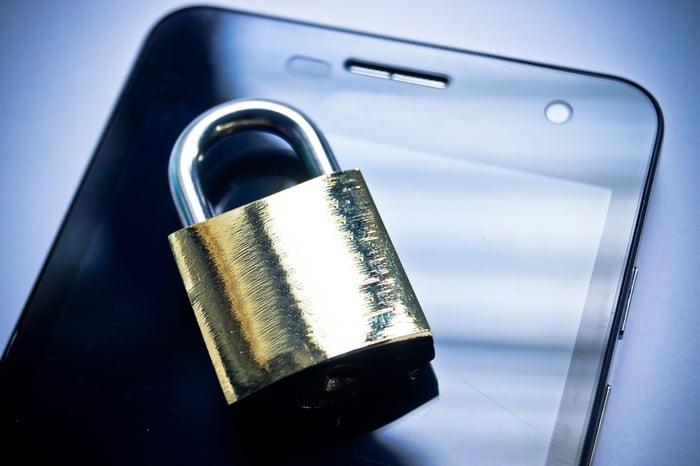 The small revenue miss can't explain today's price drop alone, but MobileIron also reported billings below its stated guidance range and execution problems that prevented the company from closing a handful of expected deals before the quarter ended. MobileIron's sales force was reorganized during the quarter under new leadership, and the resulting turmoil ended up delaying a few ongoing deal negotiations.

CEO Barry Mainz explained that the sales were not lost, just delayed, and that the sales organization is set up for long-term success under new VP Brian Carr. Among Carr's early wins, MobileIron just renewed and expanded a contract with the U.S. Department of Homeland Security, providing mobile security tools to DHS workers and agents in the field.

You could also look at this price drop from another angle. MobileIron shares have been crushing it lately, and the stock is trading 29% higher year to date and 51% higher over 52 weeks even after today's drastic pullback. Call it a correction, call it profit-taking, call it a breather -- either way, most investors are still doing just fine with their MobileIron positions right now.