Brian Stoffel, Rich Duprey, and Brian Feroldi
(TMFCheesehead)
Author Bio
Brian Stoffel has been a Fool since 2008, and a financial journalist for The Motley Fool since 2010. He tends to follow the investment strategies of Fool co-founder David Gardner, looking for the most innovative companies driving positive change for the future. He also mixes in risk-management strategies he's learned from Nassim Nicholas Taleb. Follow @Brian_Stoffel_
Follow @Brian_Stoffel_

The current bull market has been one for the ages. Starting on March 9, 2009, and continuing all the way to today, the S&P 500 has returned 261% not including dividends. The Nasdaq has done even better -- offering up frothy returns of 363%. That's great for those of us who invested along the way.

But it also means that it feels nearly impossible to find value stocks. For those nearing or are in retirement, this represents a conundrum: Should they keep their nest egg in cash -- earning absolutely nothing while waiting for the market to fall -- or should they bite the bullet and pay up for stocks? 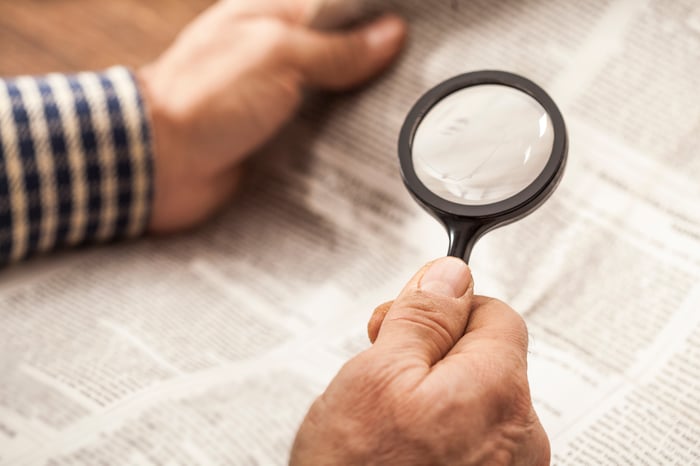 You may have to look hard, but value stocks are still out there. Image source: Getty Images.

Luckily, three of our Motley Fool investors have scoured the market and found value stocks that are worthy of consideration in your retirement portfolio: Carnival (NYSE:CCL), Tanger Factory Outlet Centers (NYSE:SKT), and Cedar Fair (NYSE:FUN).

Brian Stoffel (Carnival): At just 35 years old, I'm far from being considered a retiree. However, if my golden years were just on the horizon, I'd strongly consider buying shares of Carnival Corporation, the company behind the eponymous cruise line.

While mishaps over the past few years had dominated the headlines, the company is actually in an enviable position today. It owns an amazing 50% of its cruise market, and with millions of baby boomers retiring every day, it is in a position to capture an outsized portion of the growth that's coming down the pipeline.

But that's not the only reason to buy shares. Currently, Carnival is trading hands for 19 times earnings -- a 25% discount to the broader market. At the same time, it offers a 2.4% dividend that only ate up 44% of the company's free cash flow over the past year. That means that there's ample room for the dividend to grow over time, and even if we face tough economic times, management should be able to maintain its current dividend.

For the time being, negative currency conversions are masking the company's performance -- but this is something that filters out in the wash for truly long-term investors. Carnival should also continue to benefit from its industry-leading wearable technology from its Ocean chip.

Plus, by investing in the company, you can spend the extra cash to actually go on a Carnival Cruise and excuse the expense in your mind as just part of doing your own due diligence.

A bargain retailer at a bargain price

Brian Feroldi (Tanger Factory Outlet Centers): The retail sector is offering investors a lot of bargains right now since so many concepts are shrinking or going bankrupt. That has led traders to dump all kinds of companies that have any exposure to space.

Consider Tanger Factory Outlet, a real estate investment trust operating 44 outlet shopping centers throughout the U.S. Shares have fallen more than 35% over the last year over fears that brick-and-mortar retailers are doomed. Despite the negative rhetoric, I think there are a few reasons to believe that Tanger can continue to thrive from here.

First, outlets are still an important distribution channel for lots of brands. Companies like Nike, Carter's, and Under Armour depend on outlets to help them connect with price-sensitive customers. What's more, products sold in outlets are typically not easy to find online, which helps to limit e-commerce competition.

Second, outlets tend to remain in high demand throughout all periods of the economic cycle. In fact, over the last 20 years, Tanger's occupancy rates haven't fallen below 96%. That's because recessions tend to drive consumers to seek out bargains, which leads them to factory outlets. This fact is a big reason why the company has been able to increase its dividend every year since the company's IPO in 1993.

Finally, outlets in general only represent a just tiny fraction of the overall retail landscape. In fact, Tanger estimates that only about 70 million square feet of high-quality outlet space exist in the U.S. For perspective, that's less than the retail footprint of just the city of Chicago. Since Tanger only owns about 20% of the outlet market, there appears to be plenty of room left for future expansion.

In total, outlets like Tanger should continue to thrive even as the retail environment continues to evolve. With shares selling at a discount and offering up a well-covered dividend yield of 5% -- the dividend is only expected to consume about 56% of AFFO for the year -- right now looks like a great time for bargain hunters to give its stock a closer look.

A thrilling stock without the chills

Rich Duprey (Cedar Fair): There's nothing that says a retiree's portfolio has to be a boring one, and amusement park operator Cedar Fair is a way for income-dependent investors to add some thrills without the chills that often accompany "exciting" stocks.

Cedar Fair operates 11 amusement parks and two water parks in North America, and has been benefiting from the uptick in leisure time consumer spending. There has been greater emphasis these days on domestic entertainment and early season indicators point to the theme park chain having another record-setting year. Although the first quarter is its slowest period and it typically operates at a loss at that time of the year, it saw early strength in season pass sales, food and beverage sales, and even group events that suggest another record year for it.

Cedar Fair is also upgrading its water parks that should result in higher attendance numbers, as well as adding a new indoor sports complex at Cedar Point that could help drive year-round hotel occupancy as well as increase the level of event fees it realizes during otherwise slow periods. It's a good bet we'll see Cedar Fair add more such amenities to its other parks in the near future.

The stock yields a tasty 4.92%, thanks to the amusement park operator's being set up as a master limited partnership, which means it is required to pay out the majority of its profits to investors as dividends to qualify for favorable tax treatment. With analysts projecting Cedar Fair to grow its earnings at least 25% annually for the next five years, this stock should provide all the excitement a retiree's portfolio needs.