One of the greatest characteristics to look for in an investment is that it won't require babysitting. Regularly checking on the stocks in your portfolio can not only be cumbersome, but it could also put you at a greater risk of making unnecessary trades.

But what type of businesses possess the sort of characteristics that won't constant monitoring? Businesses with proven track records and enduring economics -- the sort of companies investors can hold for decades. Even in this pricey market, three stocks with powerful brands and sustainable competitive advantages stand out as good buying opportunities today: Alphabet (NASDAQ:GOOG) (NASDAQ:GOOGL), Berkshire Hathaway (NYSE:BRK.B) (NYSE:BRK.A), and Walt Disney. 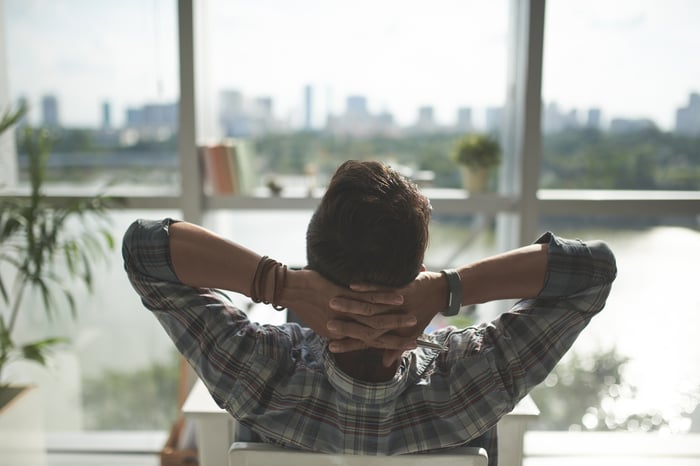 Google's corporate parent, Alphabet, has one of the most substantial competitive advantages in the world. Its online search engine, which makes up the bulk of Alphabet's revenue, dominates the global search market, capturing about 80% of the market. And it rakes in substantial profits while it's at it. The company generated over $19 billion of net income in the trailing 12 months.

And Alphabet's dominance looks as sustainable as ever. With aggressive investments in mobile search and the help of Google's thriving Android business Alphabet is building just as strong of a moat on mobile as it has on desktop. To this end, eMarketer recently estimated that Google's 77% share of U.S. ad search revenue is expected to expand to more than 80% by 2019 -- and eMarketer says Alphabet's mobile search will drive this growth.

Of course, another great way to buy a company you can hold forever is to buy one that is in the business of acquiring enduring companies. We're talking about none other than Buffett's Berkshire Hathaway, of course.

Some of Berkshire's largest subsidiaries include immovable names like Burlington Northern Santa Fe Railway, insurers Geico and General Re, and Duracell. And Berkshire's largest equity holdings include juggernauts such as Kraft Heinz, Wells Fargo, Apple, Coca-Cola, and American Express.

With a significant portion of Berkshire's business driven by its insurance companies, one way to look at how good of a steward the company has been with its capital is to look at the company's growth in float, or the premiums Berkshire's insurers get to collect and, subsequently, invest until it's paid out in in claims. Berkshire's float has increased from about $66 billion in 2010 to approximately $92 billion by the end of 2016.

Or here's another angle on identifying a company worth holding for decades to come: Buy one with some of the most iconic brands in entertainment. To do this, look no further than Walt Disney. The entertainment powerhouse boasts ESPN, its thriving movie business (with studios including its namesake Disney, Marvel, Pixar, and Star Wars), its famed parks and resorts, and all the consumer products these brands help reinforce.

Perhaps in acknowledgment of their enduring economics, analysts have bullish estimates for all three of these companies' average EPS growth over the next five years. For Alphabet, Berkshire, and Disney, analysts expect average annual EPS growth of 19%, 8.8%, and 17.3%, respectively, during this period.

None of these companies appear cheap at first glance. But I'd argue they are conservatively valued relative to their recent earnings-per-share growth and to their long-term potential.

Most importantly, Alphabet, Berkshire Hathaway, and Walt Disney are particularly solid bets when taking into consideration the intangible value behind all three of these companies' sustainable competitive advantages. As leaders in their industries with what seem like unbreachable moats, these are the sort of companies that can outperform expectations over the long haul.