The days of sandbagging are over at Baidu (NASDAQ:BIDU), and the market's responding by sending shares of China's leading search engine up to fresh 52-week highs. Baidu stock climbed 13.9% last week, fueled by the posting of strong second-quarter results. A pair of analyst upgrades that followed the encouraging report obviously didn't hurt.

Baidu's revenue climbed 14% to $3.08 billion in the second quarter, the dot-com darling's biggest uptick in a year. The bottom line is growing even faster, with adjusted earnings soaring 98% to hit $2.36 a share for the period. Baidu has managed to beat Wall Street's profit expectations by at least a double-digit percentage margin every single quarter over the past year. 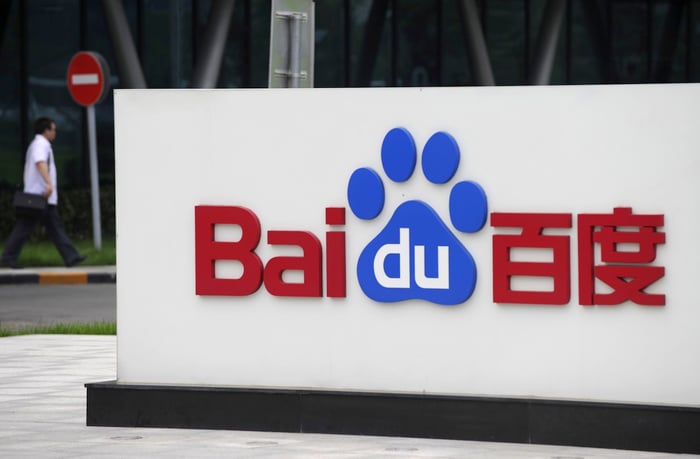 Baidu's growth has been held back by regulations curbing its ability to cash in on once-lucrative medical-related ads. The new restrictions kicked in during May of last year, and now that we're more than a year out, the year-over-year comparisons will be more indicative of Baidu's organic growth. It's targeting 27% to 30% in revenue growth for the third quarter that began earlier this month, naturally its strongest showing in more than a year.

The strong showing and even heartier near-term growth outlook were enough to get a couple of fence-straddling analysts to hop into Baidu's corner. Wendy Huang at Macquarie is raising her rating on the shares from neutral to outperform. She's encouraged by the company's efforts to cash in on artificial intelligence, a shift away from the margin-gagging ways of online-to-offline initiatives that have kept profit growth in check. She feels that the new emphasis will result in a sustainable margin recovery, and she's jacking up her price target from $189 to $252.

Naoshi Nema at Cantor Fitzgerald is making a rare double upgrade, taking his rating from underweight to overweight. He's also dramatically lifting his price target on the stock following its blowout results, taking his price goal from $156 to $260.

The next few quarters should be as easy as the past year of financials results has been challenging. Baidu's already taken the hits from cleaning out its Rolodex of questionable advertisers and the weak monetization of its health-related searches. The comparisons will get easier, but now justifying its 52-week highs will get harder. It's a good problem to have if you're Baidu. It's a better problem to have if you're a shareholder.