That increase in revenue also drove an increase in the company's full-year (non-GAAP) earnings-per-share guidance to $3.00, up from $2.85. 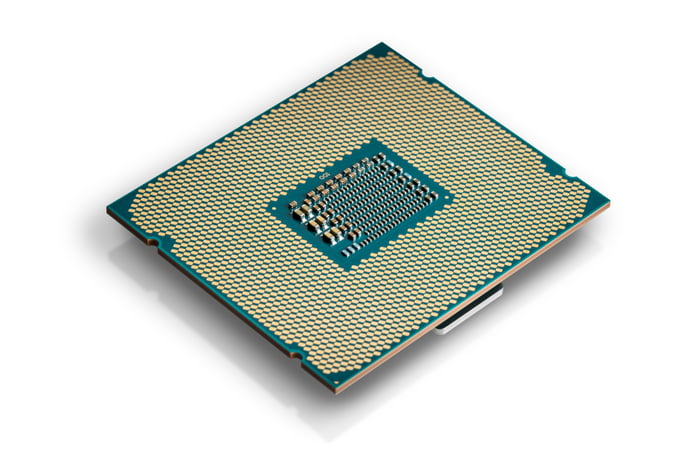 During the question-and-answer portion of Intel's earnings conference call, analyst Ross Seymore asked, "As we think about the full year, with revenues going up, why isn't gross margin changing at all?"

For context, Intel's previous guidance called for a non-GAAP gross profit margin percentage of 63%, and that guidance remains unchanged.

Additionally, the analyst likely asked this question because companies often see gross profit margin leverage with increased revenue. This is particularly true for companies that own and operate manufacturing plants, as gross margin tends to increase with factory utilization rates.

Let's look at what Intel management had to say in response to Seymore.

Some good news and some bad news

Swan then pointed to fast growth in the company's non-volatile memory business, the continued growth in Intel's cellular modem business, and the costs associated with ramping up the company's 10-nanometer manufacturing technology into volume production as "partial offsets" to the positive gross margin drivers.

It's important to keep in mind that even if the average gross margin percentage comes down, the company's total gross profits go up.

The answer is clearly the former, since it would result in greater total profit for the company and thus more value for stockholders.

The same story goes for cellular modems. Mobile chips generally carry lower gross margin than Intel's processor products, and I wouldn't be surprised if Intel's margin on its cellular modem shipments -- shipments that are primarily to Apple, which is known for driving hard bargains because of its sheer scale -- was in the high 20% or low 30% range.

Again, just as with the increase in NAND revenue, the ramp-up of Intel's modem shipment sales should be a net win for the company's total gross profit dollars. But that same ramp-up serves to dilute the company's average gross margin percentage.

Finally, Intel has historically suffered high costs associated with bringing new manufacturing technologies online, so it's not surprising to see the company's ramp-up of 10-nanometer technology also taking a bit of the wind out of Intel's sails vis-a-vis its gross profit margin.