This week, Microsoft (NASDAQ:MSFT) stepped further into the artificial intelligence (AI) market when the company said that its next version of its augmented reality glasses, called Hololens, will come with an AI coprocessor.

It might not seem like that big of a deal at face value. After all, the first version of Hololens isn't exactly an integral part of the company's business -- it's only available to developers right now -- but the announcement is more of a bet on Microsoft's potential in the broader AI market. Simply put, Alphabet's (NASDAQ:GOOG) (NASDAQ:GOOGL) Google and Apple (NASDAQ:AAPL) already have, or are working on, their own AI chips, and Microsoft can't afford to be left behind. 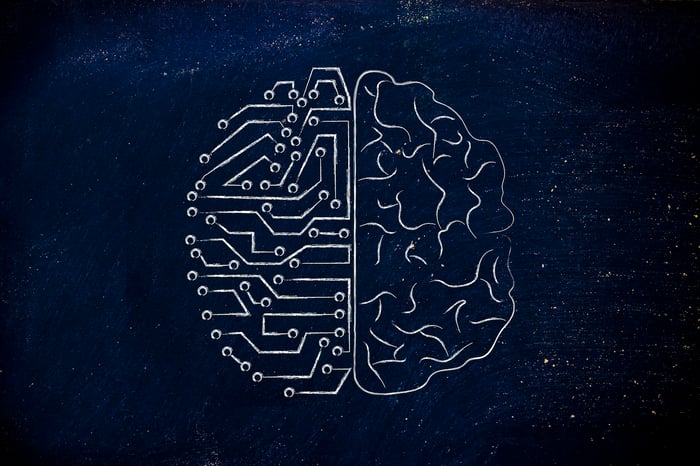 Keeping up with the Joneses

Microsoft's new AI chip is focused on processing images and understanding text. Those are two very important aspects for an AI system because, just like for people, images and speech provide lots of contextual information.

The company's AI processor will work alongside Microsoft's Holographic Processing Unit (HPU) and will help process information on the device faster, and with less battery drain, than off-loading it to cloud-based servers.

Aside from these benefits for Hololens, the AI coprocessor helps Microsoft keep pace with Google. Last year, Google introduced its own AI chip, the Tensor Processing Unit (TPU), which it uses mainly for its own cloud servers. But the company recently announced at its I/O conference that its second version of its AI chip will be available for companies and developers to tap into as well so they can both run deep neural networks and train them as well.

Google's chips are made for devices like Microsoft's AI chip is, but the fact that Google has already developed the second version of its own AI chip was likely an incentive for Microsoft to pursue its own.

Even more similar to Microsoft's new Hololens AI chip is Apple's rumored AI coprocessor. The company is allegedly working on an AI processor called the Apple Neural Engine, which will be used for facial and speech recognition. It would likely use the AI chip in its iPhone and iPad, though it could bring it to its other devices as well. It also introduced a new tool for developers called Core ML, which allows them to add machine learning to apps. Some took that as a sign that an Apple AI chip is just around the corner.

This is likely just the beginning

The broad artificial intelligence market is expected to be worth $47 billion by 2020. Already, Microsoft and Google are competing in the cloud computing space and pursuing new kinds of AI processors that could give them an advantage in this market. Microsoft's latest coprocessor may not help its servers, but it underscores its commitment to keeping pace with its competitors. Additionally, Microsoft could eventually use an AI coprocessor in its own line of tablets in order to better compete with Apple's devices.

Don't expect any revenue from a Microsoft AI chip or for it to drive sales of Hololens. Investors should instead think of it as yet another way Microsoft is beefing up its long-term AI prospects and ensuring that it doesn't get left in the wake of Google's and Apple's own chips.