An acquisition gives the gunmaker ready access to the market if the coming suppressor boom materializes.

Public misperceptions about gun silencers is probably what kept American Outdoor Brands' (SWBI 0.83%) purchase of leading suppressor manufacturer Gemini Technologies from exciting the market as much as it should have. But it is a smart acquisition nonetheless that comes at an opportune time for the firearms manufacturer, as it will help it better target and keep pace with rival Sturm, Ruger (RGR 0.67%) while preparing for the boom to come.

Hollywood has characterized silencers so that people imagine some James Bond-like device that quietly goes pew-pew-pew when a gun is fired. In reality, the devices don't silence guns so much as suppress the sound they make. An AR-15 modern sporting rifle outfitted with a so-called silencer would still make a sound around 130 decibels, or the equivalent of a jackhammer. 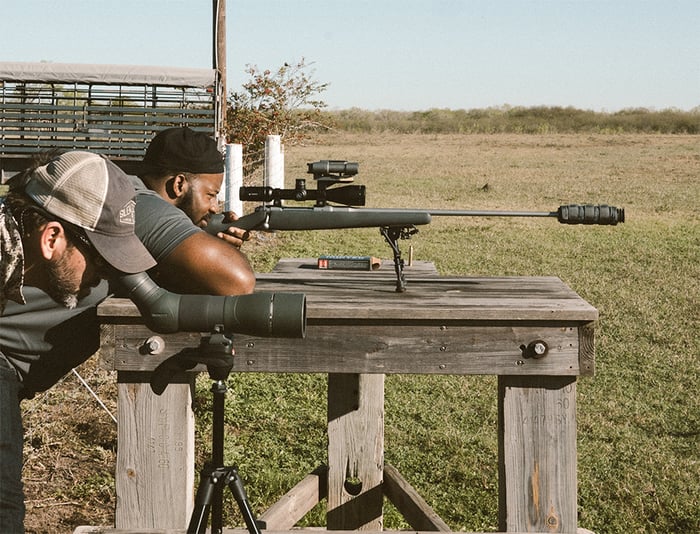 Despite their outlandish depiction in movies, suppressors are an essential tool for shooters wanting to protect their hearing, as hearing damage begins to occur at about 85 decibels, or about the same sound your kitchen blender makes. And suppressors became a topic of conversation this year after the Hearing Protection Act (HPA) was introduced in Congress to make less convoluted the rigmarole gun enthusiasts have to go through to buy one.

In part because of their mischaracterization, suppressors are banned in eight states, while individuals in the other 42 have to pay $200 for a tax stamp and have their suppressor registered with the Bureau of Alcohol, Tobacco, Firearms, and Explosives (BATFE). Basically, it's the same process as if you wanted to buy a machine gun. And whereas a person buying a firearm can have an instant criminal background check performed at the time of purchase, someone buying a suppressor has to wait as long as eight months or more to get approval. The HPA would eliminate the tax, streamline the purchasing process, and remove silencers from the list of weapons regulated by the National Firearms Act.

Recognition of their importance

However, it's really only been within the past decade that demand for suppressors has grown. As the number of firearms sold soared over the years, the realization of the harm to hearing that's caused by firing a gun, even when wearing ear protection, has escalated as well. In 2008, there were only 18,000 silencers registered with BATFE; at the end of 2016 there were almost 903,000, and within the first few months of 2017, the number had grown to nearly 1.3 million.

Yet despite their relative proliferation, few crimes are committed with them. BATFE says in the past 10 years it has prosecuted around 44 cases a year, with only six of the cases being committed by people with prior felony convictions. Noting the lack of criminality associated with silencers, the law-enforcement agency said "they should not be viewed as a threat to public safety." 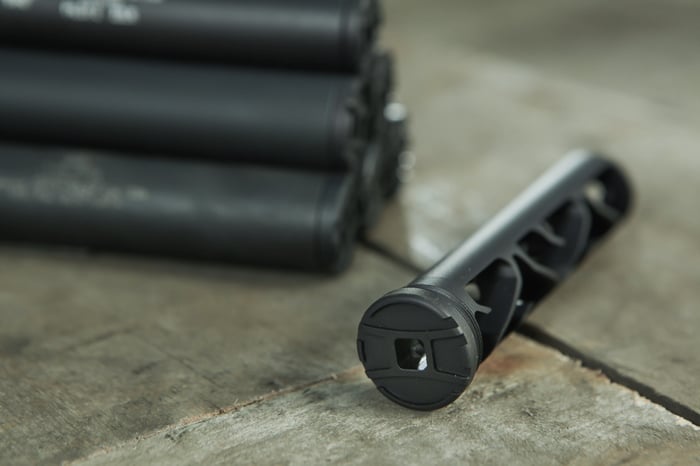 As support mounts for passage of the HPA, it underscores why American Outdoor Brands saw this as an opportune time to enter the suppressor market. Gemtech might not be the biggest suppressor manufacturer -- SilencerCo reportedly owns around 70% of the market -- but it is one of the leading companies nonetheless, and its acquisition marks the first time a major gunmaker has teamed up with a major suppressor company.

Ruger produces its own silencers, as does Sig Sauer, but their sales contribute a negligible amount to the gunsmith's total revenues. There are also a lot of small and independent companies out there, and this acquisition lets American Outdoor's Smith & Wesson brand jump right into the mix and start way up the list.

The timing couldn't be better. Because of the introduction of the HPA and the potential for its passage, sales of suppressors have sagged as buyers wait out the legislative game hoping to avoid the $200 tax and the registration requirements. Moreover, changes BATFE made to the rules last year make it a little more onerous than it was before to obtain NFA-regulated items -- though not as bad as it could have been --  which undoubtedly dampened sales, too.

Although American Outdoor Brands didn't say how much it paid for Gemtech, it was probably at a discounted price. If the HPA does get approved, it ought to open the floodgates of pent-up demand as well as introduce more gun enthusiasts into the market. By acquiring one of the leaders in the field now, American Outdoor Brands is making sure it will make a lot of noise when it happens.