How a single sentence can lead to huge gains.

Tamara Walsh -- a former Fool -- was the first bull who personally made the case to invest in Tesla (NASDAQ: TSLA). It was 2011, and the company was valued at just $4 billion. "Silly Tamara," I though, "electric cars will never be profitable. And even if they are, they've got to compete against the Big Boys. How could they ever win?"

There were a lot of problems with my response -- the least of which is a 1,400% return I missed out on. But even bigger is the fact that I didn't reference what I have now come to think is the single greatest window into the soul of a company: it's mission statement. 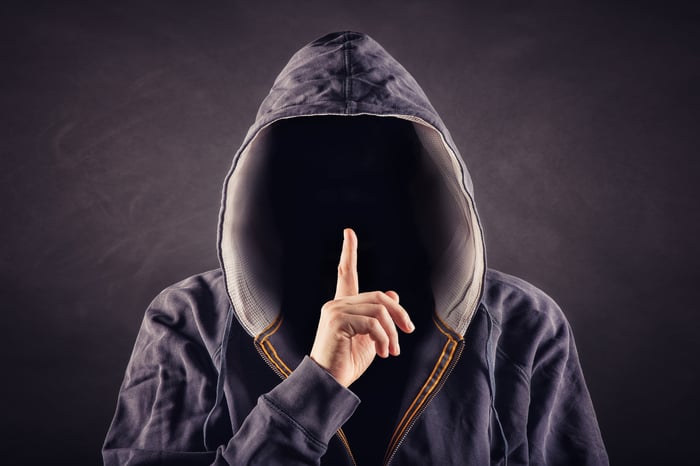 If I had taken a look at Tesla's corporate page, I would have seen this :

Tesla's mission is to accelerate the world's transition to sustainable energy.

That's the most recent version of statement that's had tweaks over the years, but remains essentially the same.

What's in a mission statement?

As part of a group of Motley Fool investors that participate in special projects for our paying customers, I've developed a framework for how to evaluate companies. One of the eight metrics that I assess is the company's mission statement.

At first, I thought this was a rather mundane task, but over time, I've come to see it as a powerful differentiator between the mediocre companies -- and investments -- and the world-beating ones.

Specifically, the best mission statements should be three things:

Take a look at Tesla's, and you'll see that it has all three: it's only eight words long, and yet conveys a powerful, eco-friendly message that goes far beyond cars. It also helps us to understand the company's acquisition of Solar City, the development of battery packs, and its Giga-factories.

A few companies who "get it"

There's ample proof that the world's most important companies all have mission statements that share these traits. Take a look at the average annual (CAGR) return of these three since going public, and how their mission statements fit the criteria above.

No doubt, I'm cherry-picking the most convincing examples. Obviously, we can find cases of great investments that didn't have great mission statements, and visa versa. You need to evaluate how well a company is executing on its mission to begin with.

Take GoPro (Nasdaq: GPRO) as an example. The company's mission is," to
help people capture and share their lives' most meaningful experiences
with others—to celebrate them together." Admittedly a bit wordy, the statement is nonetheless inspirational and optionable.

But the company -- and its stock -- have been a disaster.

The problem is that the company has no moat around it. Anyone can make an action camera, and it turns out that GoPro's brand value wasn't that high. You need a powerful mission statement and a moat. Facebook and Amazon have the network effect, Alphabet and Amazon both have achieved economies of scale that are unmatched. All three have powerful brands.

Two smaller companies for you to consider

But I don't want to just tease you with a secret for how to find the next Tesla, I want to offer up the names of two smaller companies that I'm personally invested in. Both have visionary mission statements.

Axon was previously known as TASER International. Believe it or not, management has hard data to support the fact that by having law enforcement officials user Tasers instead of guns, over 185,000 lives have been saved. But following their mission statement, they branched out from stun-guns and entered the body camera market.

The cameras themselves aren't anything that the competition can't offer, but the company's Evidence.com platform for storing the footage -- and added AI features to analyze that data -- is the key. Take a look at how sales at the company have taken off in both segments.

The key here is the once a police department begins storing and analyzing its data on the Evidence.com platform, it would take momentous blunders on the part of Axon for them to switch to another provider. The costs, headaches, and potential for losing mission critical evidence is just too high.

Shopify, on the other hand, has developed a booming platform for small and medium-sized business to set up an e-commerce presence. But the company hasn't stopped there, realizing that by offering merchant solutions (think: logistics) it could help make commerce better for its customers. Here's what the results have looked like:

Most importantly, CEO and founder Tobias Lutke has had the veracity of the mission tested mightily by those suggesting he dump companies with controversial businesses -- and he has passed the test with flying colors.

Like Axon, Shopify benefits from sky-high switching costs: no one who runs a small company wants to spend time and money retraining their staff and learning how to use a new e-commerce platform. Unless Shopify's service starts being terrible overnight (unlikely), or it gets prohibitively expensive, the customers that sign up are there for a long time.

I don't think mission statements alone should be the litmus test for a good investment. But by using this easy and often-ignored metric as your first-stop in due diligence, you can significantly narrow your investment options, and help guarantee that you'll be exposed to the greatest wealth-makers of our generation.