Microsoft (NASDAQ:MSFT) has dominated the PC operating system market for decades, but it has struggled to do the same with smartphones. Now, as IDC's first-quarter smartphone operating system report indicates, Microsoft's Windows Phone is officially dead. 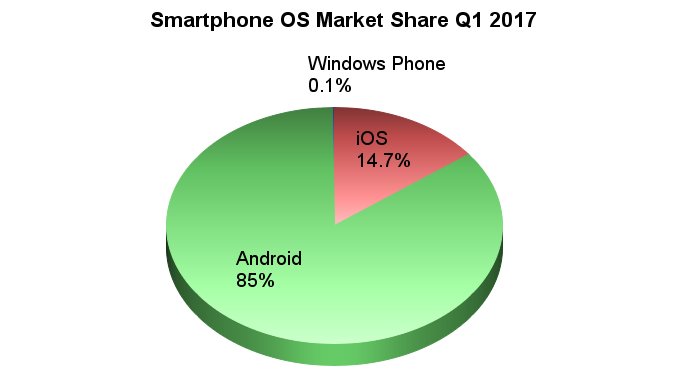 Microsoft tried to strengthen Windows Phone by acquiring Nokia's handset division in 2014, but that disastrous move resulted in billions of dollars in writedowns. It tethered Windows Phone to PCs with a "One Windows" ecosystem and app store, but that move didn't convert many iOS and Android users.

Microsoft finally stopped supporting Windows Phone on July 11, officially surrendering the mobile hardware market to Apple and Google. Microsoft remains active on mobile devices via cross-platform apps, but it probably won't ever dominate phones in the same way it did with PCs.