Please ensure Javascript is enabled for purposes of website accessibility
Log In Help Join The Motley Fool
Free Article Join Over 1 Million Premium Members And Get More In-Depth Stock Guidance and Research
By Asit Sharma - Updated Jul 31, 2017 at 11:06AM

Its eponymous newspaper, always renowned for journalistic quality, is gaining quite a following from investors in 2017 due to expansion in its subscriber base.

Another quarter, another wave of digital subscriptions for The New York Times Company (NYT -0.25%). The newspaper publisher's second-quarter 2017 earnings report revealed that it's still experiencing a surge of non-print subscriptions, as a multiyear bet on content geared toward mobile devices continues to pay off. Below, we'll hit the headline numbers, followed by a detailed look into the quarter's results. 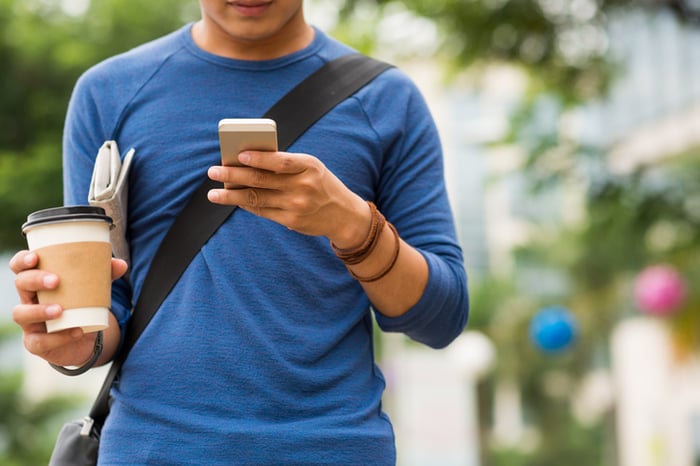 The New York Times is seeking to strengthen its ability to generate investigative journalism at a faster pace, to capitalize on the demand for high-quality news delivered to mobile devices. In the earnings conference call, CEO Thompson touched on the newspaper's somewhat controversial decision to reduce newsroom editing staff, both as a cost-saving measure and to ultimately expand content while expediting it to consumers:

We continue to implement the strategy outlined in our path forward and our newsroom's 2020 report and are confident that we will achieve our stated target of a $100 million of annual digital revenue by 2020. Our newsroom is undergoing a process to streamline its editing function to match the speed and form of digital journalism, while freeing up resources to put more journalistic boots on the ground, to deliver more investigations and help us further develop our capabilities in visual journalism.

While it's logical to allocate more resources to a burgeoning revenue stream, the strategy outlined above isn't without risks. The Times' accurate, grammatically sound, and typically typo-free copy is part of its larger brand proposition. While the newspaper arguably has traditionally kept too many editing layers in its process, a noticeable deterioration in copy quality could lead to some subscriber dissatisfaction.

The company doesn't provide detailed revenue and earnings guidance, tending to focus on a few big-picture items. For the third quarter, it expects subscription revenue to increase at a similar rate as the second quarter, i.e., near the mid-teens, on the strength of an anticipated 40% growth in digital subscriptions.

Advertising revenue is expected to decline from the mid-to-high single digits, while "other" revenue is slated to build on its near-13% advance in the second quarter, with growth shifting to the high teens. Operating costs are expected to rise in the mid-single-digit range.

In sum, management anticipates that the third quarter, at least structurally, will look pretty similar to the second quarter -- an outcome that shareholders will happily subscribe to.