The company is expanding its efforts in audio journalism with new podcasts.

Podcasts have taken the media industry by storm. A recent study by Infinite Dial indicated that the podcast industry is growing at a rapid rate with over 100 million Americans having listened to a podcast in the last month.

With kind of fan base, it should come as no surprise that media companies such as Spotify (SPOT 5.75%) and The New York Times (NYT 4.24%) are investing in this space to have a presence where listeners are increasingly getting their news and entertainment.

The New York Times is a media powerhouse most known for its iconic newspaper. The company has come a long way since the early newspaper days, however, and now primarily delivers its news and entertainment content digitally. As digital products continue to evolve in society, the publisher aims to adapt with the times to keep subscribers and advertisers in its ecosystem.

To build on the foundation it established in podcasting with its popular show "The Daily," The New York Times acquired media start-up Listen In Audio earlier this year. And in its latest move, the company has now acquired the production company behind the hit podcast "Serial" -- a documentary series that has amassed an audience of millions of listeners interested in its deep dive into controversial court cases and murder charges. This acquisition will supercharge the company's ambitions in the near term and give it top-notch talent and a new audience to further its reach.

The New York Times' push into podcasting is one way the company is staying relevant and shifting its resources to the mediums through which people are consuming content. 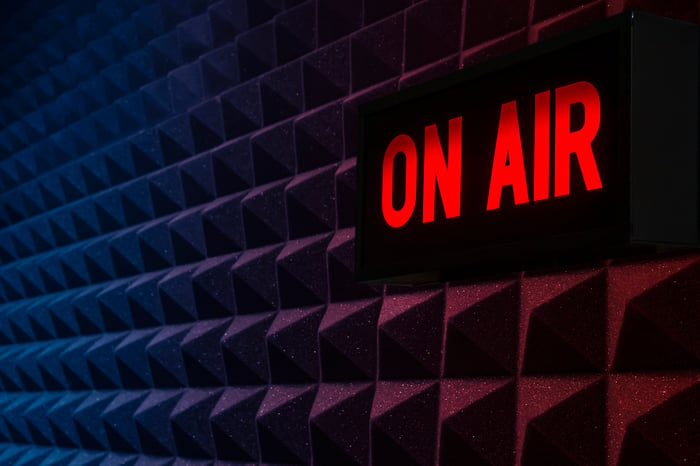 Spotify has also created waves by acquiring multiple podcast productions. In the past two years, the company has spent nearly $1 billion acquiring a series of podcasts and production companies, including The Ringer, Gimlet Media, Parcast, Anchor FM, and the Joe Rogan Experience.

These deals allow Spotify to distribute podcast content and add exclusive series that have been popular with listeners for years. CEO Daniel Ek said during the company's fourth-quarter earnings call: "[P]odcast users are not only more engaged with Spotify overall, but because of that engagement, they're also listening to more music."

While Spotify and The New York Times both see a bright future for the podcast industry, each company has its own reason for entering the space. Spotify believes that by increasing its podcast library, the company will attract more listeners, keep current ones engaged, and grow its base of paying subscribers overall. This also marks Spotify's early attempts at cultivating exclusive content, which can help differentiate it from competing audio services (not so easy to do with music). By contrast, The New York Times wants to avoid the subscriber and advertiser fallout that has led to the decline of newspapers around the country.

Big money to be made in podcasting?

Podcasts are in vogue, because ubiquitous access to smartphones has made them extremely accessible and convenient. With over one million different shows available, it will continue to grow in popularity.

The industry is still small in terms of total advertising dollars, but it is expected to clear $1 billion annually in the next few years on the back of a large and growing audience. In the media industry, money usually flows to where consumption takes place, which suggests that podcasts will be big business in due time.