You are an employee at an important technology company. A dilemma arises. You are called to make a crucial decision. Asking your boss for advice is possible, but that's not the culture of the company. They move fast; they trust you.

What is your compass for making the decision? 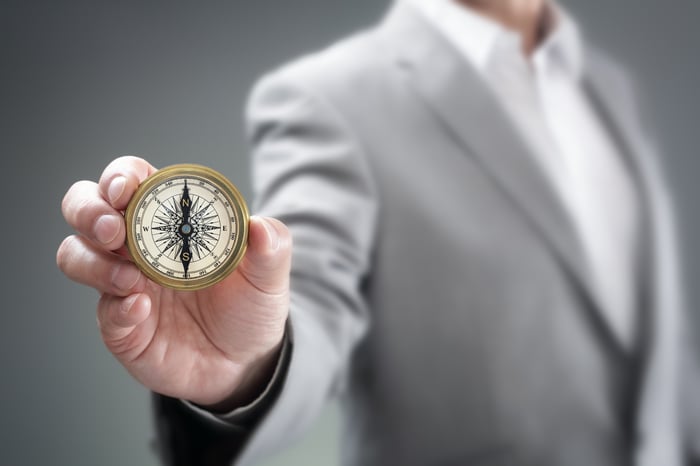 Those who work at transformational companies have no problem in these situations; their cultures are built around one thing: fulfilling the mission statement.

The most textbook case is Amazon.com, whose mission since founding has been to be "Earth's most customer-centric company." Using that as a lens, we find Amazon's recent history all of a sudden not so surprising. It entered and dominated books, groceries, shipping, retail in general, web hosting, video streaming, and more, all in the simple pursuit of this singular mission.

After spending the past two years diving through mission statements as part of my research for The Motley Fool, I've discovered the best have three traits:

Amazon succeeds on all three dimensions, which helps to explain the stock's performance.

But I'm not here to talk about Amazon. My focus is on Apple (NASDAQ:AAPL) and Facebook (NASDAQ:FB). Let's start with the former.

When the late Steve Jobs founded the company, his mission statement met these criteria:

"To make a contribution to the world by making tools for the mind that advance humankind."

While an official "mission statement" is hard to find from the time he rejoined the company in 1997 to his untimely death in 2011, it's hard to imagine that this wasn't the driving force.

But fast-forward to today, and what the company says would make Jobs roll in his grave. Here's what we have now:

"Apple designs Macs, the best personal computers in the world, along with OS X, iLife, iWork, and professional software. Apple leads the digital music revolution with its iPods and iTunes online store. Apple has reinvented the mobile phone with its revolutionary iPhone and App store and is defining the future of mobile media and computing devices with iPad."

Not simple. Not that inspirational. Definitely not optionable -- all the current business lines are clearly delineated.

Just for kicks, here's a look at what revenue growth has looked like from the time Jobs rejoined in 1998 to one year after he passed -- in green -- with the rest in red.

Most companies would die for that kind of chart, even after the passing of Jobs. The jump to $234 billion in 2015 was very impressive. Here's the problem: It's almost entirely due to one product: the iPhone, which was Jobs' baby.

This is far from a losing investment -- in fact, Apple makes up 2% of my real-life holdings. But I've reduced my stake over time because I believe the Age of Innovation is over in Cupertino. I've held because I believe Apple has both a powerful brand and an ecosystem that is underestimated. Its future is certainly not grim -- but it's nowhere near as bright as it once was.

In the other corner, we have Facebook, whose mission statement is as follows:

"To give people the power to share and make the world more open and connected."

Again, this is simple, inspirational, and optionable. In fact, on more than one occasion, I've read employees' comments on Glassdoor.com that by just following the mission statement, they know what their actions should look like.

Looking out from his perch earlier this year, however, Mark Zuckerberg wasn't satisfied with his mission statement. He penned a letter explaining why it would be changing. The new mission:

"To bring the world closer together."

"Our job at Facebook is to help people make the greatest positive impact while mitigating areas where technology and social media can contribute to divisiveness and isolation," Zuckerberg said.

Think about the time and effort that went into that decision. Consider how that decision can change millions of seemingly small decisions that employees make that add up to an enormous difference 10 years down the line. 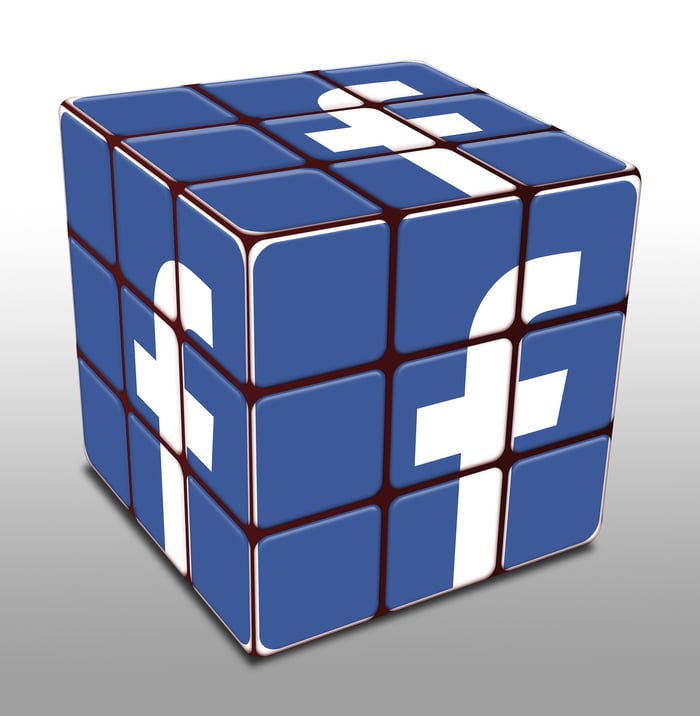 Facebook has solved its own Rubik's Cube. Image source: Pixabay.

It's that kind of thinking -- simple, inspirational, optionable -- that makes me much more excited for the future of Facebook, and it helps explain why I devote a much heftier part of my portfolio to the company.

Zuckerberg gets that clearly defining a mission is hard work. That single sentence takes months to craft. But once it's in place, organizational bottlenecks suddenly clear up. He knows that, and he took the time to figure it out. Apple simply hasn't.

It takes about five minutes to view a company's mission statement. If you can't find it, that alone is all you need to know. Use this as a sieve for finding the very best investments. Your future self will thank you.