Please ensure Javascript is enabled for purposes of website accessibility
Log In Help Join The Motley Fool
Free Article Join Over 1 Million Premium Members And Get More In-Depth Stock Guidance and Research
By Anders Bylund - Aug 1, 2017 at 9:53AM

Digital content delivery specialist Limelight Networks (EGIO 1.96%) reported second-quarter results last Wednesday. Limelight delivered a solid earnings surprise, and share prices rose as much as 7% over the next two days as investors digested the report. The stock has now doubled over the past year and continues to trade near 52-week highs.

Over the same year-long period, shares of arch-rival Akamai Technologies (AKAM 2.42%) have taken a 7% haircut instead. This is no industrywide tide lifting all boats, but a specific surge of strong execution by Limelight.

Here's how Limelight is pulling off this comeback. 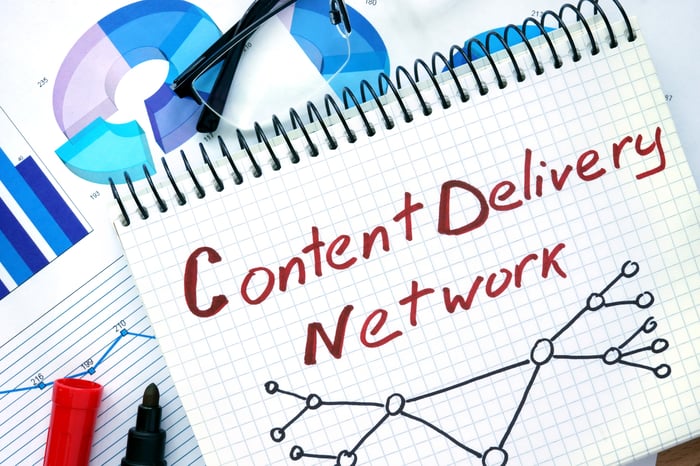 Limelight's Q2 by the numbers

Though we Fools generally prefer analyzing GAAP figures, year-over-year comparisons make a lot more sense in the adjusted form this time. The second quarter of 2016 included a $54 million litigation expense to account for an 8-year patent dispute with Akamai. At the same time, that decision also released $63 million of restricted cash back onto Limelight's balance sheet. Most of that was immediately reinvested in marketable securities. You win some, you lose some.

None of these details play any part in Limelight's ongoing operations, so investors are better off using the non-GAAP financial overview of the year-ago period this time.

The Akamai settlement does put a drag on Limelight's cash flows, though. The full $54 million amount has already been marked off the income statement as a non-cash provision, but the cash payments continue at a rate of $4.5 million per quarter until the fall of 2019. That goes a long way toward explaining Limelight's cash burn in the second quarter.

What's going on with Limelight Networks?

The company has found a solid marketing vein in recent quarters, promising on the pain of refunds to offer the best content delivery quality on the market. Customers are responding to that promise, driving Limelight's revenue up in tandem with wider gross margins. 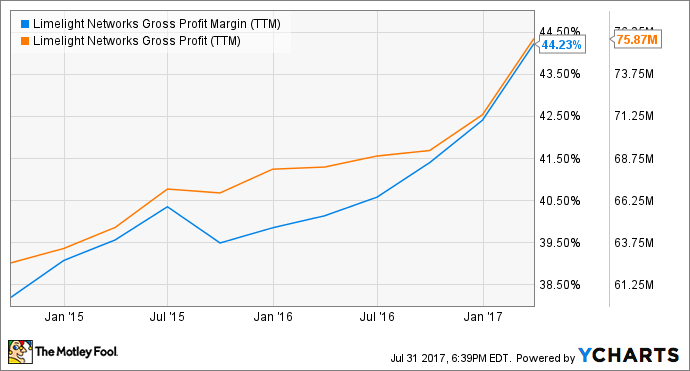 Limelight's traffic delivery rose 20% year over year in the second quarter while the number of incident tickets fell by 20%. That's how you build customer satisfaction, which is an important piece of Limelight's marketing message.

To support that selling point, the company increased its R&D budget by 7% year over year and added 11% to its sales and marketing budget.

"We also developed new software technology to accelerate and improve the consistency of video delivery speeds, which will lead to higher end user satisfaction," said Limelight CEO Bob Lento on a conference call with analysts. "We believe this new technology makes us the highest-performing video CDN in the world. To prove it, we introduced the money back guarantee in Q2 for new customers."

Limelight Networks is showing all the classic signs of a successful turnaround story. Revenues are rising, gross margins grow wider by the quarter, and the darkest clouds around the business model have been cleared away.

Bandwidth-hungry network services aren't going away, which means that Limelight should continue to make sense in the long run. The company is betting the farm on high-quality services, and has delivered on its promises so far.

Keep that up for a couple of years and there's no reason why Limelight shouldn't be able to regain the $7.50 share prices and $750 million market cap of six years ago. I'll be keeping a close eye on that bounce.