Shares of gaming supplier International Game Technology (NYSE:IGT) jumped on Tuesday, up 14.6% as of 2:02 p.m. EDT, after the company reported second-quarter earnings. 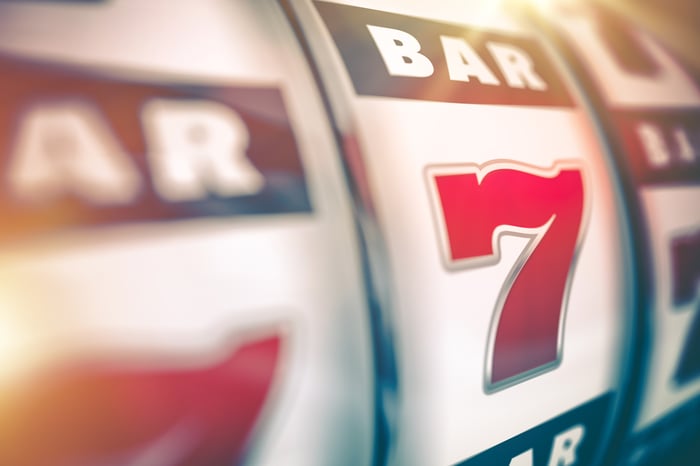 Management said that global lottery comparable sales were up 2.6% and the decline in revenue was due to new Lotto concession dynamics and the sale of Double Down Interactive. Slowly but surely, the company's performance is improving in core markets like North America and Europe. And the outlook of adjusted EBITDA of $1.6 billion to $1.68 billion stayed flat, meaning management may be able to reduce debt further as the year goes on. That would help de-risk IGT and potentially help drive the stock higher long-term.