Shares of Netflix (NASDAQ:NFLX) gained 21.6% in July 2017, according to data from S&P Global Market Intelligence.

The digital video giant had a lot to prove in July's second-quarter report. Share prices had already gained 30% year to date as the reporting date rolled in, setting the bar high in terms of investor expectations.

The company delivered in spades and Netflix shares rose more than 13% the next day. 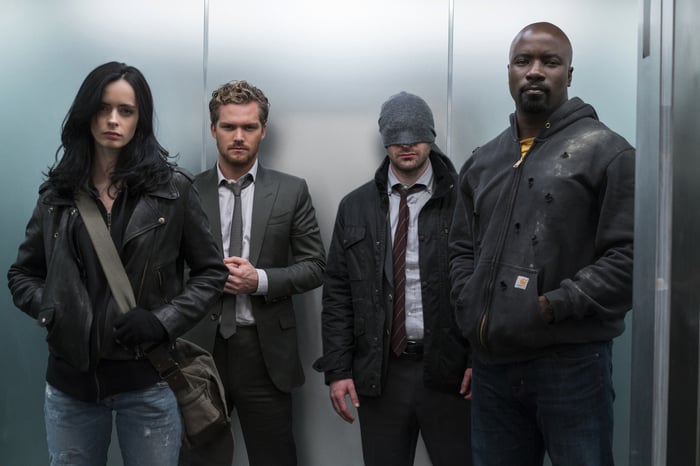 Up next on Netflix's original release schedule: "Marvel's The Defenders" bows on Aug. 18. Image source: Netflix.

In the third quarter, Netflix aims to add 750,000 new domestic accounts and 3.7 million international subscribers. Free cash flows will stay negative for years to come, even as operating profits and bottom-line earnings march deeper into black-ink territory. The company's ambitious content production plans come with high up-front cash costs, which is fine as long as the new shows and movies keep bringing in new eyeballs by the boatload. A big haul of Emmy nominations, just days after the earnings report, was one sign that Netflix keeps squeezing quality content out of those ritzy production dollars.