Netflix (NASDAQ:NFLX) has been one of the best-performing stocks in the public markets over the last 15 years. Anyone smart enough to buy shares at the company's IPO and hold until today would be sitting on a gain of more than 15,120%. That's a big-enough return to literally turn a few thousand dollars into life-changing amounts of money.

Which stocks do we think are capable of duplicating Netflix's success? We asked that question to a team of Motley Fool investors, and they picked Intel (NASDAQ:INTC), TrueCar (NASDAQ:TRUE), and BofI Holdings (NYSE:AX). 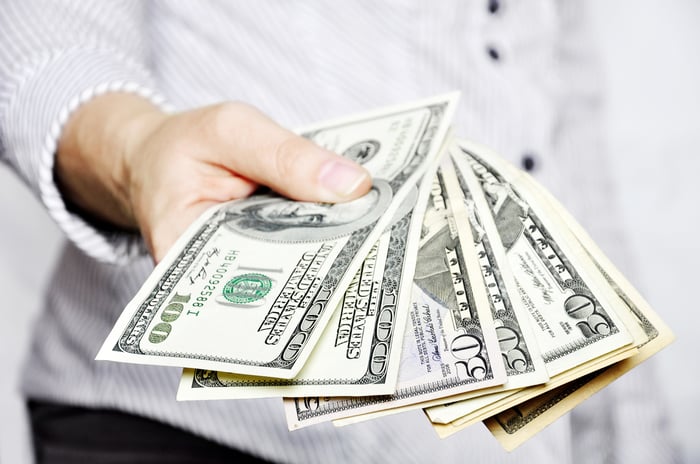 John Rosevear (TrueCar): Netflix in 2002 was a tech-savvy company with an idea that had the potential to disrupt an existing industry and make things better for consumers. Here in 2017, TrueCar might be in the same kind of spot.

TrueCar's mission is to make the process of buying a car a whole lot simpler and less nerve-wracking for consumers. That's a "pain point" that has drawn a lot of attention, but laws protecting franchised new-car dealers make it tough to disrupt the model.

What makes TrueCar interesting is that it has found a way to work within the system to deliver a better experience to consumers. Essentially, TrueCar's well-thought-out site sits between you and a network of over 11,000 new-car dealers. You tell it what kind of vehicle you want -- down to color and options -- TrueCar tells you what the actual going price for that vehicle is, and then, if you choose, it will connect you with local dealers who will give you their last, best prices on the vehicle in question, right up front with no haggling.

Best of all, it's completely free for buyers. TrueCar gets paid a fee by the dealer after a sale is completed. It's popular: Those payments averaged $324 per purchase in the first quarter of 2017, on about 217,000 purchases made using TrueCar's service.

TrueCar isn't profitable yet. But its losses are narrowing, it's growing nicely, and CEO Chip Perry has a plan to accelerate that growth over the next couple of years. And TrueCar has a bit of a moat that shields it from potential imitators: good relationships and earned trust with all of those dealers, who, as a group, are naturally very wary of would-be "disruptors."

Long story short: Here's a well-run, growing business with an opportunity to become huge. Sound familiar? Take a closer look at this one.

Making the transitions to the tech future

Travis Hoium (Intel): In 2002, Netflix was a DVD mailing service, nothing like the company we know today. Streaming video wasn't launched until 2007, and that's really when the company transformed into the media company it is today and the stock took off.

Intel isn't the tiny company Netflix was in 2002, but it's going through its own transformation, turning its attention away from the PC business that made it a household name and betting big on the Internet of Things (IoT) and self-driving cars. The company's $15.3 billion acquisition of Mobileye immediately gives it the lead in the booming autonomous-driving industry. The deal may seem expensive when compared to Mobileye's $358 million in revenue in 2016, but if millions of self driving cars hit the road in the next decade, it could be a steal of a deal.

Beyond self-driving vehicles, Intel has been investing heavily in the Internet of Things. In the second quarter, IoT revenue was up 26%, to $720 million. Connecting the company's core IoT markets of retail, transportation, industrial, video, buildings, and smart cities is just starting to gain traction as customers start to appreciate the value it can generate. A decade from now, IoT could be multiples of the size it is today.

Intel is still primarily a PC and server-chip company, but a decade from now, it could be a completely different and much bigger company. And if it is, investors could be in for big gains, as well, much like they saw with Netflix.

Brian Feroldi (BofI Holding): Few companies hold the potential to shower their investors with 100-bagger returns, but when I look at my portfolio, I must admit that I think that BofI Holding could be up to the task. My reasoning is that the company is still small -- market cap less than $2 billion -- and it's taking market share in a truly massive market (banking). If BofI Holding can keep its growth rates up for another few decades, I could easily see its stock being a grand-slam investment.

BofI stands for "Bank of Internet." The company operates an online-only bank that has been in business for nearly two decades. Opening an online-only bank was a risky proposition in the early days -- online banking was still a foreign concept to consumers in the late 1990s -- but it allowed the company to service customers from all around the country without having to open brick-and-mortar branches. That bold decision proved to be fortuitous because branches are expensive to operate. As a result, the company now enjoys a major cost advantage over the big banks.

How much of an advantage? Consider this: In banking, one of the key metrics to watch is the efficiency ratio. This number is calculated by taking a bank's operating costs and dividing by its net revenue. The lower this number is, the better. In general, a good bank has an efficiency ratio of about 60%, and top-notch operators like U.S. Bancorp can drive down their ratio to around 55%. By contrast, last quarter, BofI posted an efficiency ratio of 39.1%. That's almost unheard of in the banking world.

With such an incredibly low expense structure, BofI can more easily offer customers attractive rates on savings and loan products and still make a healthy profit. I experienced this benefit firsthand when I refinanced my mortgage last year. I shopped around and found that BofI offered me the best deal by far. I've been a happy customer for more than a year now.

Looking ahead, I think that BofI's attractive rates will continue to allow it to sign up new customers from around the country. With only $8.7 billion in assets under management, this company still has an enormous opportunity for growth. (For comparison, U.S. Bancorp alone has an asset base that currently exceeds $463 billion.)

While BofI is far from risk free, the company's low-cost business model and massive room for expansion could easily help it to fuel Netflix-like returns over the next decade. That's why I decided to make it a small part of my portfolio, and I could easily see myself hanging on to the stock for decades to come.