Ambarella, Inc.'s (NASDAQ:AMBA) stock has sold off roughly 15% since it reported its quarterly earnings on June 6. Most of the negative sentiment is associated with what the company is forecasting as a flat year for revenue  due in large part to the anticipated loss of GoPro, Inc. as a customer.

Although management is forecasting 25% revenue growth this year at the midpoint of guidance excluding GoPro and building a business in computer vision chips, investors are having trouble looking past the near-term numbers. And that might be presenting an opportunity for those with a long-term perspective.

This company has a secret weapon on its balance sheet: lots of cash and no long-term debt, which can power the company through to the introduction of its new computer vision product line slated to bring in revenue next year. 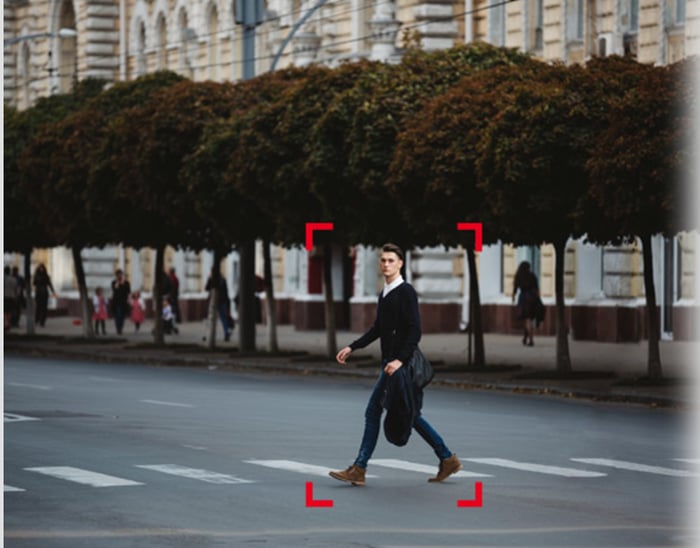 Computer vision for the future

Ambarella's future is dependent on computer vision technology, which is computers capturing and analyzing images. Ambarella's computer vision chips -- the first of which, CV1, is set to begin sampling to customers in the second half of this year -- will enable new customer designs that will include the ability to recognize people and motion in products such as advanced driver assistance systems, security cameras, and drones.

Waiting to see how the CV1 chip does takes patience and Ambarella management has been clear with investors that its efforts to introduce computer vision products will cause the company to spend more money on engineering over the next few quarters.  That isn't necessarily a negative. Last quarter the company added $14.8 million to its cash reserve while continuing development of its new products.

A quick look at the balance sheet shows the company can afford to invest for the future. It has no long-term debt and $420 million in cash, cash equivalents, and short-term investments.

The company operates a lean business model as it outsources the manufacturing of its chips. In the year ended Jan. 31, 2017, as an example, the total cost of operations for Ambarella was $145 million. In the first quarter of this year, the company spent $38 million to run its operations.  Using that amount of quarterly spend, the company could sustain itself for 11 quarters without selling any products!

24% of Ambarella's stock price is in cash

Investors also need to recognize that Ambarella is not an American company. It is incorporated in the Cayman Islands, meaning it has a lower effective tax rate than a U.S.-based company. It also has more leeway to use its cash in comparison to U.S.-based companies that have money held overseas, as they would need to pay a 35% "repatriation tax" on cash held overseas before they could use it in the U.S.

Berkshire Hathaway's Warren Buffett addressed the difference between cash that does not face repatriation tax and offshore cash held by American companies in his annual letter to shareholders issued in February of this year:

...many cash-rich American companies hold a large portion of their funds in jurisdictions imposing very low taxes. Such companies hope -- and may well be proved right -- that the tax levied for bringing these funds to America will soon be materially reduced. In the meantime, these companies are limited as to how they can use that cash. In other words, off-shore cash is simply not worth as much as cash held at home.

Apple is known for having the world's biggest pile of cash, but some $230 billion is held overseas, avoiding the repatriation tax. Investors may be surprised to learn that in a head-to-head matchup, taking into account long-term debt, Ambarella has a higher percentage of its share price in cash (24%) than Apple (22%). If Apple's $230 billion in foreign cash were subject to a 35% repatriation tax, Apple's percentage would fall to 12%, illustrating Buffett's point and further showing how valuable Ambarella's cash really is.

All table numbers other than share price are per the last quarterly report. Data source: Google Finance. Chart by author.

No one likes waiting for a new product to come out. In the case of Ambarella's new computer vision products, investors can afford to be patient. The company has the money in hand to complete its development of the product and continue to operate its business thanks to management's foresight in accumulating cash and prudence in staying away from debt.