Wednesday was another mixed day for stocks. The Dow Jones Industrials jumped above the 22,000 mark early during the session on the strength of earnings from one of the average's most influential components, but the broader market was mostly flat on the day. Economic data on the employment front suggested a possible slowdown for the labor market, and that in turn chilled bullish sentiment among some investors. Yet with earnings season hitting its peak, plenty of companies had good news that sent their share prices higher. Illumina (NASDAQ:ILMN), Spirit AeroSystems Holdings (NYSE:SPR), and Frontier Communications (OTC:FTR) were among the best performers on the day. Below, we'll look more closely at these stocks to tell you why they did so well.

Illumina lights up with quarterly results

Share of Illumina moved higher by 15% after the company reported its second-quarter financial results. The gene-sequencing specialist said that revenue rose 10% from the year-ago quarter, and even though adjusted earnings fell compared to last year's second quarter, investors were still pleased with how well they held up. In particular, strong demand for the NovaSeq sequencing system and for microarray services showed the growth potential for Illumina's core products, and Illumina is doing a good job of getting customers to buy into its lower-cost systems. Investors hope that those entry-level customers will eventually move on to buy more expensive products. In addition, prospects for greater expansion internationally and efforts to tap into consumer demand for genealogy and health-related genetic services could keep Illumina growing well into the future. 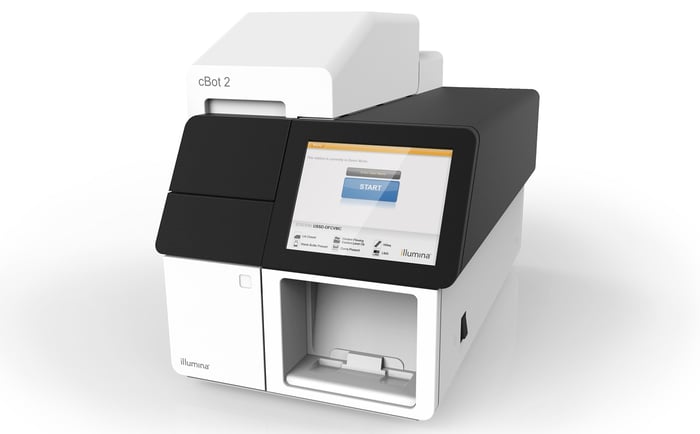 Spirit AeroSystems Holdings stock jumped almost 18% in the wake of the company's second-quarter financial report and positive news with regard to a long-held dispute over contract terms with a key customer. The maker of components for aircraft reported flat revenue and a 30% rise in adjusted earnings per share, taking advantage of higher production on the Airbus A320 and A350 programs and Boeing (NYSE:BA) 737 planes. More importantly, Spirit said that it has reached a memorandum of understanding with Boeing to resolve issues that the two companies have tried to negotiate for years. The agreement requires negotiation in the third quarter, and Spirit especially hopes that it will be able to come to terms on pricing for the 787 Dreamliner program as well as issues regarding the 737 MAX aircraft line. CEO Tom Gentile is optimistic that the deal will improve relations with Boeing and lead to even better performance in the future.

Finally, shares of Frontier Communications rose 7%. The telecom company reported its second-quarter earnings, which included ongoing losses in the California, Florida, and Texas markets where Frontier made its most recent asset acquisitions. Integration problems have been rampant, and Frontier now has to deal with handling an immense amount of debt. The telecom has already used many of the weapons at its disposal to fight its debt load, including cutting its dividend. With a recent reverse split of its stock, Frontier hasn't inspired confidence, and many investors have simply given up on the company and moved on.