In February of 2016, shares of Arcos Dorados Holdings (ARCO -1.01%) hit an all-time low at $2.21. While the stock was already under pressure due to a strong U.S. dollar and economic volatility in some of its biggest markets such as Argentina and Venezuela, investors were beginning to wonder if the company would even be viable going forward. The reason? A perfect storm of long-term debt issues.

The spring of 2016 proved to be a trough, though. In the last 18 months, Arcos Dorados stock has staged a vigorous comeback: 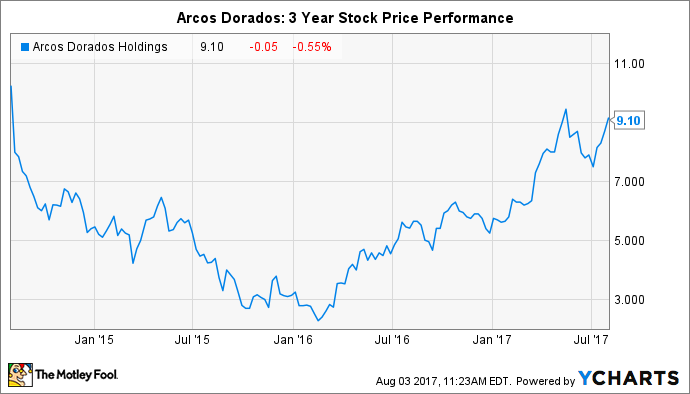 To understand this extraordinary trajectory, let's review the company's debt issues, and analyze if management's response has been enough to prevent a relapse to $2 a share -- territory that no investor wants to visit again.

In September 2015, Standard & Poor's rating agency downgraded Brazil's sovereign debt to non-investment grade, or "junk" status. At the time, Arcos Dorados' balance sheet was heavily leveraged, and of its $722 million in debt, the company held $218 million in Brazilian real-denominated bonds due in 2016. Investors worried that the dollar cost of financing and repaying the Brazilian bonds would soar.

Moreover, in addition to sporting a worrisome net debt-to-EBITDA ratio of 2.8 during the autumn of 2015, the world's largest McDonald's franchisee faced declining operating cash flows and profits due to more-cautious consumers throughout Latin America. 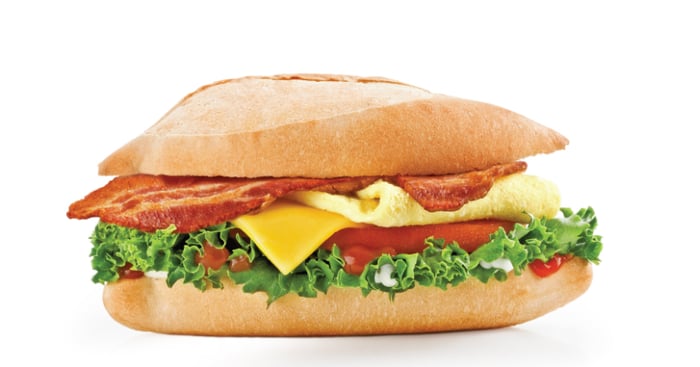 In response, management announced a plan to refranchise some of its Mexican properties to raise capital, while simultaneously beginning the work of restructuring and reducing balance-sheet debt.

By March 2016, Arcos had entered into a secured loan agreement with a consortium of five lenders, from which it raised $167.3 million to pay down the Brazilian real-denominated notes. The company made its final payment on the notes in the third quarter of 2016.

The refranchising initiative also provided much-needed cash: Through the end of March 2017, Arcos had realized $128 million in cash proceeds from the program. In April, the company issued $265 million in notes due in 2027, allowing it to repay the secured loan agreement to its lending consortium, as well as retire a group of notes due in 2023.

The result of these various actions was a reduced net debt-to-EBITDA ratio of 1.7 as of the latest reporting period ended March 31st, 2017. The slew of repayments and refinancings has also purchased a little breathing room in the form of lengthened note maturities. Long-term debt on the balance sheet at March 31st stood at roughly $641 million, and the retirement of the Brazilian notes makes this leverage much more sustainable.

During this same 18-month period, customers have started to revive, and business is picking up. In the fiscal first quarter of 2017, improved volumes combined with U.S. dollar weakness pushed revenue up nearly 19%. As operating cash flow recovered and the company's debt burden decreased, "times interest earned" -- a measure of debt-repayment ability -- was on the rise. You can see below how the share price has been moving in tandem with both metrics -- a sign of shareholder confidence: 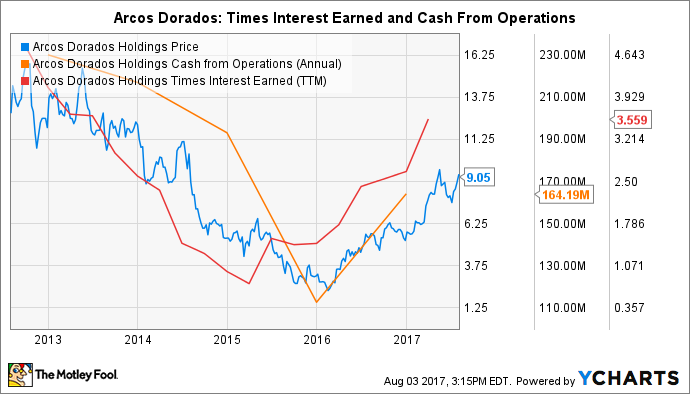 Arcos Dorados is expected to release its fiscal second-quarter 2017 earnings on August 9th. It's difficult to predict if the company will match its first-quarter top-line performance, as the Brazilian real has experienced a volatile few months versus the greenback, and Arcos derives nearly half of its revenue from Brazil.

But it does appear that the worst is behind the company, in that an extremely precarious debt burden is now under control. Indeed, according to CEO Sergio Alonso last quarter, the organization is already shifting its attention "from a turnaround mindset to a growth strategy." Shareholders can be reasonably assured that the company won't have to shift its attention back to turnaround in the foreseeable future.