The sequencing company topped off a solid second-quarter earnings report with news of a big order from its best customer.

Shares of Pacific Biosciences of California (PACB -0.37%), a purveyor of high-accuracy genomic sequencing kits, is marching higher after reporting second-quarter earnings and a big order from a leading genetic-services provider. The news lifted the stock about 13.7% higher as of 3:42 p.m. EDT on Thursday. 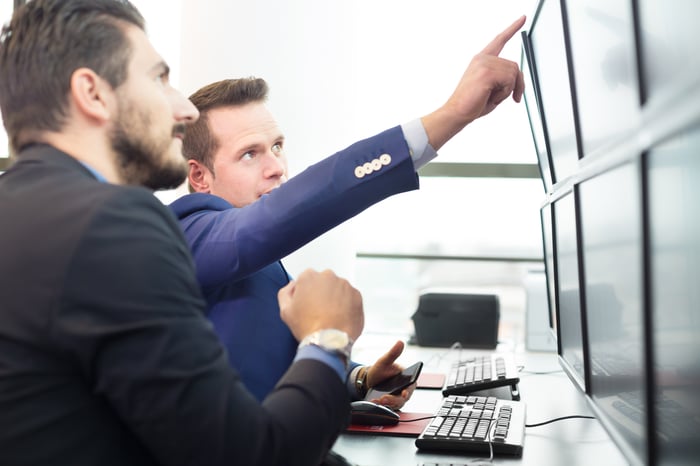 For dessert yesterday, Pacific Biosciences treated investors to a 10-unit Sequel System purchase announcement. The company had installed 110 of the systems as of this January when it announced a major upgrade that expanded its potential applications. Novogene already has 10 of the systems installed, and its intention to double its capacity suggests the upgrade is driving demand for Sequel Systems and the proprietary consumable products necessary to run them.

A secondary share offering helped Pacific Biosciences raise about $65 million during the second quarter, which boosted its cash balance to about $102 million at the end of June. With sales on a steep upward trajectory, management stated it has no plans to visit the equity tap again.

The company lost $49.4 million in the first half of the year. If the growth we've seen so far this year continues, it looks like another share offering might not be necessary -- but it will be tight.