Please ensure Javascript is enabled for purposes of website accessibility
Log In Help Join The Motley Fool
Free Article Join Over 1 Million Premium Members And Get More In-Depth Stock Guidance and Research
By Travis Hoium - Aug 3, 2017 at 6:32AM

Betting billions on East Coast gambling was a risk, but it appears to be paying off at MGM Resorts.

I'll be the first to admit that I've been wrong about MGM Resorts' (MGM -2.38%) strategy of expanding on the East Coast. The company bet billions of dollars on expanding and acquiring assets up and down the East Coast, which was risky given the financial problems that have been pervasive there. 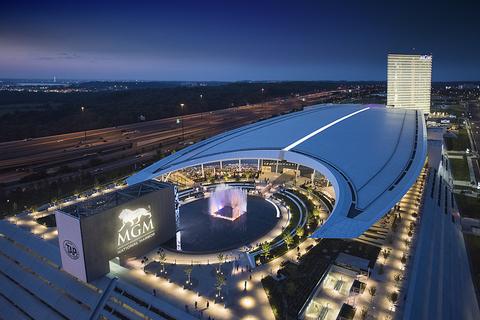 The other Massachusetts resort opening is Wynn Boston Harbor, the $2.4 billion property from Wynn Resorts (WYNN -2.54%). This will be more of an urban property, drawing from Boston and the surrounding area. Will the urban or small town bet be the better one in Massachusetts?