Shares of AMC Networks Inc (NASDAQ:AMCX) jumped 19.7% in July according to data provided by S&P Global Market Intelligence after a new product offering and a bond sale were announced.

Part of the bullishness was due to a $5 per month commercial-free subscription offer made initially to Comcast customers. This would be through the on-demand options from Comcast, but would move a step toward a stand-alone subscription offer. Long-term, management said the company will add more premier options for customers outside of Comcast, beginning with the pay TV channel. But a streaming service may not be far behind. 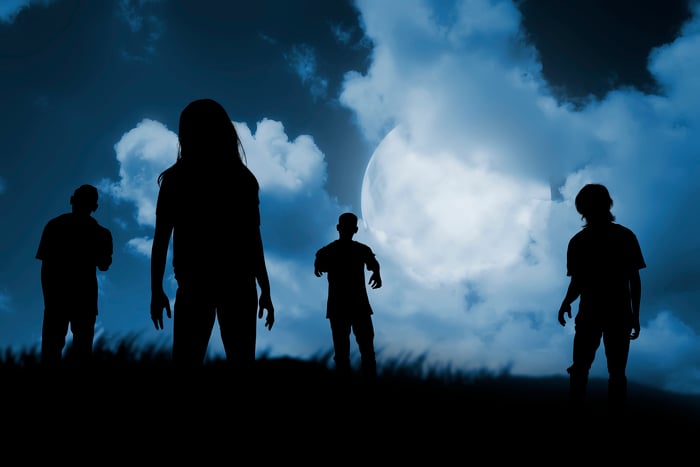 Improving distribution options and adding cash to the balance sheet will likely help AMC in the near term. But in reality it may be a buyout that traders are betting on.

Content companies are hot right now as everyone from Comcast to Verizon tries to figure out how they're going to claim a piece of the future of video distribution. AMC has some popular content, highlighted by the Walking Dead franchise, and that could be valuable for telecommunications companies looking for buyout options. At the end of the day, that may be more valuable than any of the short-term moves AMC makes in distribution or offering debt.