The second quarter was an earnings misfire.

Sturm, Ruger released its fiscal second-quarter 2017 earnings news yesterday evening after close of trading. The company reported earning $0.57 per share on sales of $131.9 million. That doesn't sound so bad without context, but here's the thing: Analysts had been looking for Ruger to report $1.11 per share in profits, so the company missed Wall Street's target by nearly 50%.

So cue the puns about an earnings "misfire." 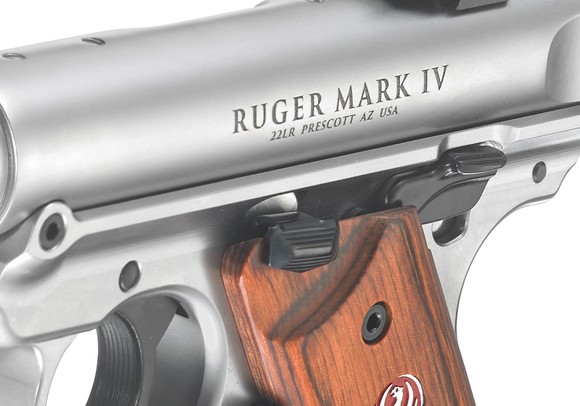 Bad as this news was, it could get worse. Sturm, Ruger CEO Christopher J. Killoy blamed "unfavorable de-leveraging of fixed manufacturing costs due to the decline in production volumes" for the declines. In other words, it costs money to buy machines to make guns, and if those machines aren't run at full capacity, it's hard to make back the money spent on them -- that is, earn a profit. With sales down, Ruger wasn't able to operate at full capacity, hence it didn't earn as much profit.

Now here's where the news turns really bad for Ruger. According to the FBI's National Instant Criminal Background Check System, applications to purchase guns declined only 7% in the first half of this year, but Ruger says that its sales were down 22% in Q2, and its "sell-through" of guns from retailers to gun buyers declined 13%. What this seems to imply is that the gun market is bad, but Ruger's share of the gun market is even worse -- and it's losing market share to its rivals.

Accenting the point, Killoy noted that "many of our competitors" appear to be engaged in "aggressive price discounting and lucrative consumer rebates." In so doing, he glossed over the reputational damage done by a big recall of Sturm, Ruger's own Mark IV pistols -- an unforced error on the company's part. Regardless, the conclusion Ruger seems to be drawing is clear: If the company wants to stop shedding market share, it may be forced to cut prices and offer bigger rebates to match its competitors.

And that could be as bad news for Sturm, Ruger stock's future profits as the second quarter was already.