Netflix (NASDAQ:NFLX) built a DVD-mailing empire, then abandoned it to fulfill a much grander digital-video-streaming vision. Twitter (NYSE:TWTR) turned SMS-powered microblogging into a social networking phenomenon. Both companies boast millions of users around the world, and both are popular investments.

But which one is a better fit for your portfolio? Let's find out. 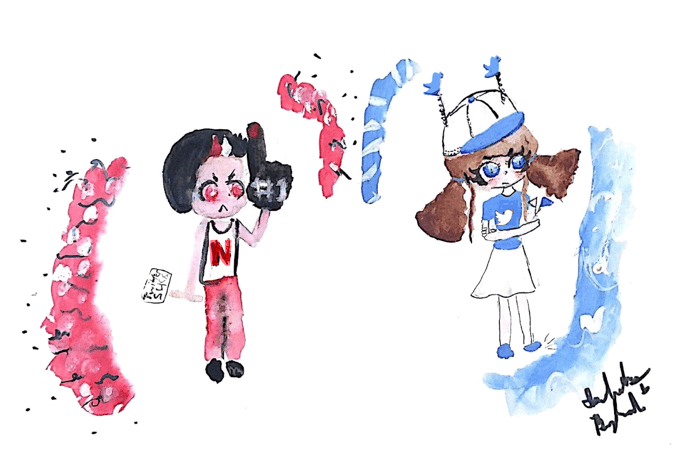 Twitter holds an edge over Netflix in a few important categories. For example:

Let me say a couple of thousand words very quickly. Here, we see both companies roughly doubling their revenues in three years -- but Twitter ran out of rocket fuel in 2016 while Netflix's sales growth is accelerating: 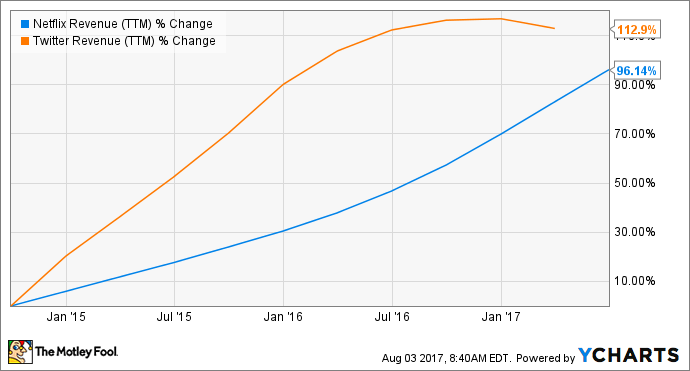 Over the same period, Netflix's operating margins dipped and recovered. Management expects to deliver full-year operating margins near 8% in 2017. Twitter's profitability surge stalled alongside the revenue slowdown, and this company has never turned a full-year profit at the operating level: 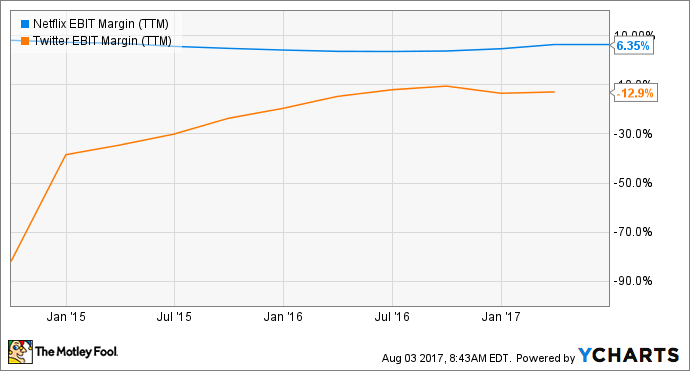 You see, the average Netflix customer pays roughly $10 per month domestically, and more like $8 per month in the international segment, for access to a high-quality entertainment service. Surveys say that many subscribers would pay significantly more for the streaming-video service Netflix provides today, and the subscriber counts kept growing across the price increases that took effect in 2016. This company has pricing power and a clear path to continued revenue growth when the addressable market gets too saturated to achieve any significant subscriber growth.

Twitter, on the other hand, relies almost exclusively on advertising sales with a small side of paid data-access licenses and "other" revenues. Striking a sustainable balance between making money and satisfying users is a notoriously difficult problem for purely ad-supported businesses, and Twitter has not perfected that dark art. In the most recent quarterly report, Twitter's ad revenue fell 8% year over year despite a 5% boost to the global user count. 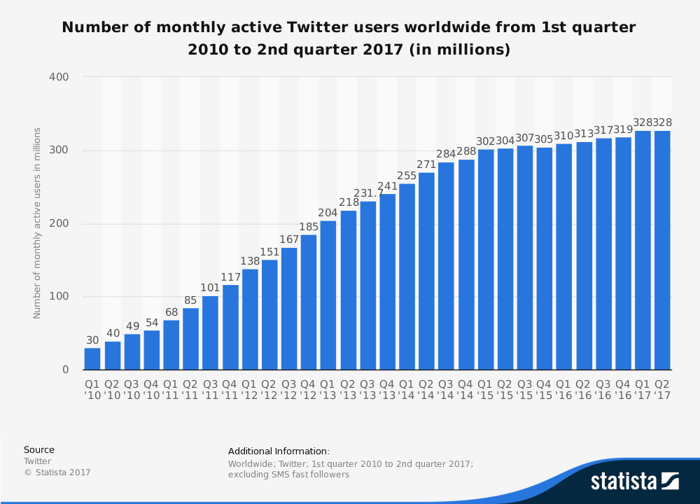 On one hand, we have a company with more than 300 million users who would rather not pay a penny for the flagship service. If anything, revenues are falling and profits won't be in the cards for years to come.

On the other, 100 million subscribers pay a monthly pittance for high-quality content. Subscriber numbers are rising, and there's room for growth in the monthly fees as well.

Management has promised rising operating margins in 2017 and beyond. And if you're still scared of Netflix's negative cash flows, consider the age-old idea that it costs money to make money. The company is paying large amounts of cash right now to create a sprawling content portfolio for the ages.

The strategy is already paying off in the form of award statuettes and steady subscriber growth. We're basically watching a new Hollywood giant in the making.

Twitter is a crumbling growth story with questionable business chops. Netflix is a long-term growth company in those formative years of heavy investment that will produce massive profits a few years down the road.

Given that choice, I'll be happy to pick Netflix every time.