NIC (NASDAQ:EGOV), a leading provider of e-services for governments, reported its second-quarter results on Wednesday, Aug. 2. Sales rose to record levels thanks to volume gains in the company's transaction businesses, but higher spending levels caused the company's margins and profits to dip.

Let's take a closer look at the company's second-quarter results to get a better sense of what happened during the period. 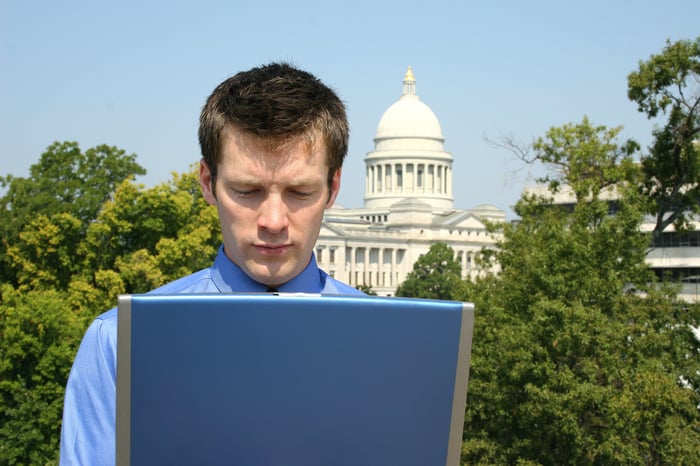 CEO Harry Herington kept his comments brief and to the point:

I was pleased to see continued solid growth of our core business during the second quarter. Transaction based services are the foundation of our business, and every quarter I am impressed with the new services our teams launch on behalf of our government partners.

On the call with investors, Herington said the company remains in the bidding process with the state of Texas over extending its running of the Texas.gov site. While he didn't offer any specifics on the timeline, he said that he has "great confidence" in the company's Texas team.

Herington ended his prepared remarks on the call by praising his company's recent performance:

We are executing well in our core business, which continues to deliver solid revenue growth. And our work to advance in emerging technologies for government continues to evolve. And I am incredibly proud of the innovative solutions our teams delivered this past quarter. And look forward to what new innovations our team may come up with [in] the second half of the year.

NIC's management team didn't make any changes to its full-year guidance, but did note that the company might be able to book an additional $2.4 million in revenue from Illinois if it can deliver the first phase of its core platform in time.

NIC's shares didn't move much in response to this better-than-expected quarter. The reason for the muted response is likely concern that the company might not win the bidding process for Texas.gov.

Stepping back from that risk, the odds continue to look favorable that all levels of government will move their services online in an effort to better serve their citizens. As long as NIC continues to invest in its capabilities and deepen its relationships with governments, then it should stand a good chance at retaining its existing customers at a high rate while steadily winning new business in the future.