Please ensure Javascript is enabled for purposes of website accessibility
Log In Help Join The Motley Fool
Free Article Join Over 1 Million Premium Members And Get More In-Depth Stock Guidance and Research
By Brian Feroldi - May 15, 2019 at 8:11AM

Management had previously warned investors that 2019 was going to be a reset year because of its contract adjustments with the state of Texas. That headwind proved to be too difficult to overcome this period, as total revenue declined by 2% during the quarter. At the same time, management had to pay out a few million in unexpected severance costs and made an interesting acquisition that will act as a drag on profits moving forward. The combination caused management to warn investors that it probably won't be able to hit its full-year profit targets.

NIC also stated that it recently acquired a company called Complia for $10 million plus another $5 million in earn-out provisions. Complia has created a licensing, registration, and employee credentialing system for the U.S. cannabis and hemp industries.

The company also secured contract extensions in Oklahoma and Pennsylvania. It also won a new contract with the Nebraska Health Information Initiative to provide RxGov in the state. 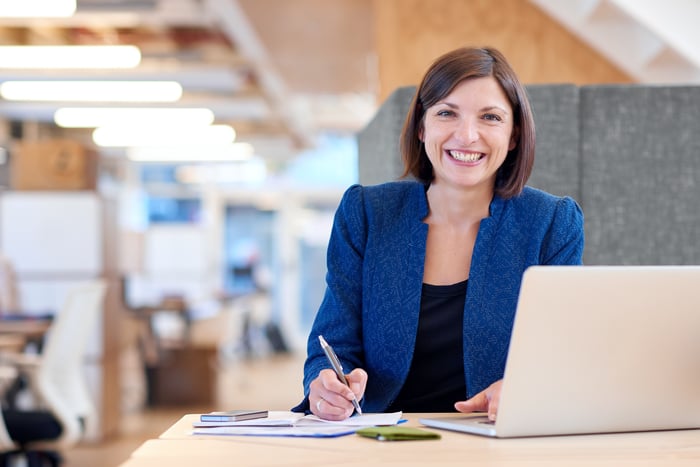 On the conference call with Wall Street, Herington talked up the rationale for its purchase of Complia:

We believed there are exceptional market opportunities within the relatively new cannabis regulatory industry. Currently 33 states have legalized medical marijuana with 10 [of] those states also passing legislation to legalize recreational marijuana. Of the 33 states [that] allow medical marijuana, 18 are NIC partners. NIC and Complia already experiencing fantastic momentum in the market with four states on a contract in Maryland, Montana, Oklahoma and Rhode Island. Each of these states is an NIC enterprise partner and we are providing payment processing Complia's licensing solution.

CFO Stephen Kovzan had previously told investors that the company's full-year EPS would land between $0.70 and $0.74 per share. However, on the conference call with Wall Street, he told investors that they "should not rely on our previously issued EPS guidance" because of the unexpected severance costs and Complia acquisition, both of which will be dilutive to earnings. Kovzan didn't commit to an exact number. Instead, he stated that they will share updated guidance as soon as it is practical to do so.

Management was much more confident about the company's ability to reach its full-year revenue guidance. As a reminder, that guidance calls for revenue to land between $333.5 million and $342.5 million, which represents a decline of about 2% at the midpoint.

There are a few positive takeaways for investors in this report. The 10% jump in same-state revenue shows that NIC's core business is still deeply entrenched with a number of local governments. The acquisition of Complia also seems like a natural fit for the business and provides it with another avenue for future growth. The RxGov contract win with the state of Nebraska is also a big plus.

On the other hand, management clearly isn't feeling great about the business's near-term profit growth potential. When combined with the overhang from the contract loss with the state of Texas, it is hard to come up with a reason to feel good about this company's prospects.

I continue to believe that NIC is a solid business and that the company's growth trajectory will look much better starting next year. However, until we see some meaningful growth in both revenue and profits, I think that investors can do better by focusing their attention elsewhere.