A big customer has decided to scale back its relationship with NIC.

Government agencies have been investing in digital capabilities for years in an effort to make themselves more accessible to citizens. NIC (EGOV), a leading provider of digital government services, has benefited from this shift since its inception. However, winning new government contracts and maintaining old ones is challenging, so NIC has increased its internal investments over the last year in an effort to remain competitive.

While those investments helped drive modest top-line growth in the fourth quarter, which was reported this week, management told shareholders that a major customer -- Texas -- has decided to scale back its relationship with the company. 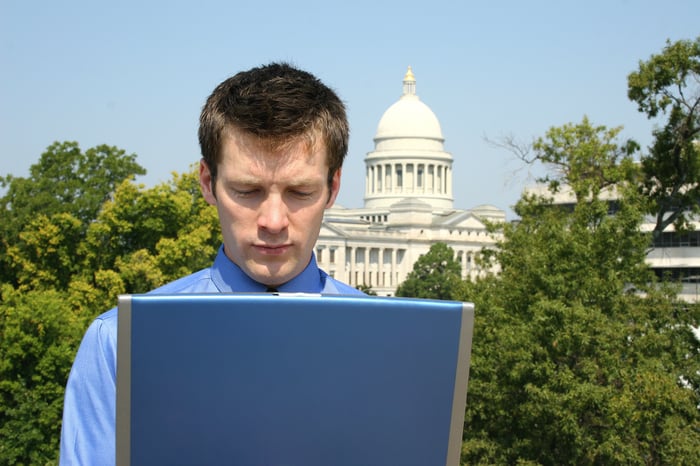 CEO Harry Herington kept his commentary in the press release brief. "We have a diversified portfolio of solutions that continued to drive healthy revenue growth," Herington said. "I look forward to our focus on innovation continuing to build that portfolio in the future."

On the call with investors, Herington provided shareholders with bad news related to its ongoing negotiations with Texas. Herington said that the company was informed it is no longer in the running to manage texas.gov and other existing digital government services. However, the company was selected to negotiate a contract for payment processing services with the state.

Herington said he was "very disappointed" the company did not secure both pieces of the procurement but they look forward to delivering "outstanding payment processing services to the state for many years to come." He also reminded investors that the company's current contract with Texas runs through August 2018, so revenue is not going to be affected immediately.

Management said that Texas is a significant customer and the negotiation process remains ongoing related to the company's payment processing deal. These factors caused management to delay issuing guidance for 2018.

Herington knew Wall Street was not going to look kindly upon this news. (Indeed, shares were down 18.5% at 1:45 p.m. Thursday.) Herington did his best to communicate to shareholders that the company will remain focused on delivering exceptional service to its new and existing customers:

We will continue to make the right investments and innovate in the areas such as cloud-based platforms and new comprehensive systems for a variety of agencies, all as we work to [bring] a new level of efficiency to digital government services. And we continued to expand our footprint with the federal government, while we remained laser-focused on delivering value to all our government partners, day in and day out.