Lower revenue projection from a key customer will be a major headwind for this software services company.

NIC (EGOV), a provider of specialty software services primarily focused on government agencies, reported its fourth-quarter results last week. Revenue and net income both took a step back during the quarter due to the loss of revenue from its largest customer.

However, a lower tax bill helped the company keep its bottom-line losses within a reasonable range. 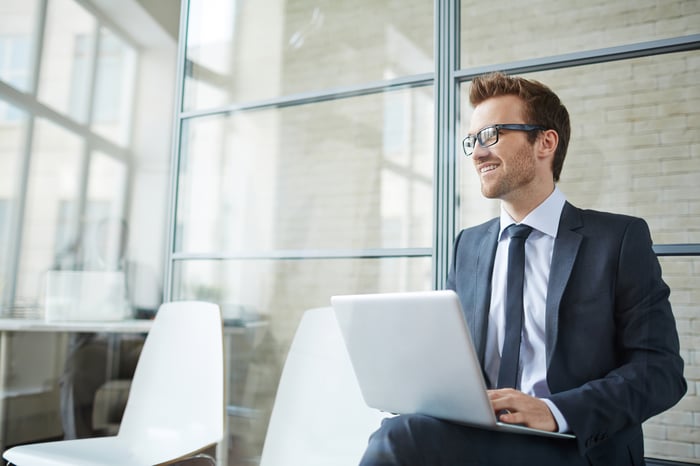 Portal revenue fell 8%, to $72.4 million. The majority of the loss was attributable to significantly lower revenue from the state of Texas. For context, Wall Street was expecting $73.9 million in total revenue. NIC also saw:

Zooming out to the full year, here's an overview of the key numbers from 2018:

CEO Harry Herington did his best to reassure investors that NIC is still a strong company:

"NIC's core business is rock solid and we are leveraging the momentum of our vertical strategy. Our enterprise contracts continue to generate strong same state revenue growth, our long-standing government partners continue to extend their contracts with us, and we were awarded two new contracts to deliver our comprehensive and innovative product solutions to key NIC government verticals we expect to drive long-term revenue growth."

On the conference call with Wall Street, CEO Herington stated that RxGov signed its first deal -- a five-year contract with the State of Maryland. Management also called out a number of other contract wins with government agencies in Pennsylvania and renewals in Nebraska and Colorado.

CFO Stephen Kovzan admitted that fiscal 2019 will be "a reset year of sorts" for NIC. The headwinds from the loss of revenue from Texas is going to act as a "significant revenue and profitability headwind."

In response to that challenge, here's an overview of the guidance that's being shared with investors:

As usual, CEO Herington did his best to express optimism about NIC's future:

"I am focused on and excited about the future and growing the business. Myself, the executive team, all the NIC employees are dedicated to making 2019 one of NIC's best years ever."

There are both positive and negative takeaways for investors in this report. The good news is that RxGov landed its first significant customer and renewals in every state aside from Texas remain strong. Management also expects strong organic growth in 2019 from existing customers. This suggests that the company's core business is doing well.

The bad news is that the loss of revenue from NIC's revised contract with Texas is going to make posting good numbers harder. The company was able to overcome that headwind in 2018, thanks in large part to a lower tax bill, but that's not a repeatable event.

Overall, I have a hard time getting excited about NIC when the upcoming year is expected to feature negative growth in both revenue and earnings. It might be good to focus time and attention instead on software companies that are expected to put up strong growth in 2019.

NIC Pulls Its Profit Guidance After a Tough Quarter
410%