Big Pharma stocks don't usually drop by double-digits over the course of a month, but that's exactly what happened to British pharma giant AstraZeneca plc (NASDAQ:AZN) in July. Due to the late-stage failure of its lung cancer combination therapy consisting of the checkpoint antibodies Imfinzi (durvalumab) and tremelimumab, Astra's shares dropped by 11% last month, according to S&P Global Market Intelligence. 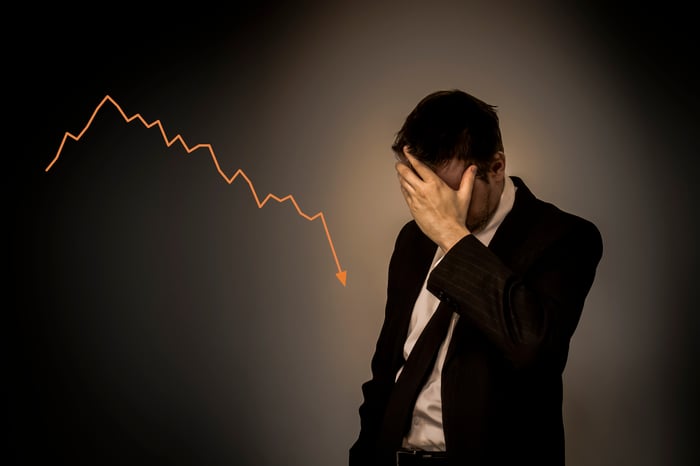 Astra's management was banking on Imfinzi transforming into its next flagship medication following the loss of exclusivity for former top sellers like the cholesterol drug Crestor and the respiratory medicine Symbicort. That plan is now in serious doubt, however, in the wake of this pivotal clinical setback.

Adding insult to injury, Astra's initial whiff at entering the high-value lung cancer market with Imfinzi is compounded by the company's fairly weak balance sheet. Turning to the specifics, the drugmaker exited the first half of 2017 with only $5.23 billion in cash, and a rather concerning debt to equity ratio of 128%. The point is that Astra lacks the financial firepower, and flexibility, to overcome this key clinical miss by pursuing a largish bolt-on acquisition.

On the capital allocation front, Astra's decision to continue pouring cash into its uber-rich dividend program is also a rather questionable move at this stage. While the company is arguably justified in believing that its broader portfolio of cancer medicines that includes the FDA-approved drug Tagrisso, and the experimental-stage product candidate acalabrutinib, may be able to make up for this lost ground, Astra would also probably be well-served by exploring potential takeover targets in case Imfinzi doesn't redeem itself later down the road. To do so, however, the drugmaker will almost certainly need to start conserving capital by giving up the ghost on its dividend program.

So, while it might be tempting to grab some shares following this double-digit move lower in July, investors may be better served by waiting on the sidelines until Astra's path forward is a little less murky.