Shares of NeoPhotonics (NYSE:NPTN) went on a roller-coaster ride on Friday following Thursday night's second-quarter earnings report. The stock rose as much as 6.5% in the morning session but reversed to a 52-week low in the afternoon, ultimately recovering slightly to close down 10.9%.

The maker of optoelectronic components for use in fiber-optic networking equipment sent some mixed signals in this report. Revenue fell 26% year over year due to a previously disclosed order slowdown from its largest customer (Huawei) and other clients in China. The year-ago period's earnings of $0.15 per share turned into a net loss of the same size, driven by suboptimal manufacturing loads due to the Chinese slowdown.

That's all bad news, but sales turned out slightly stronger than the analyst consensus and the negative earnings were smaller.

Looking ahead, management's third-quarter guidance fell far short of the current analyst view on both the top and bottom lines. 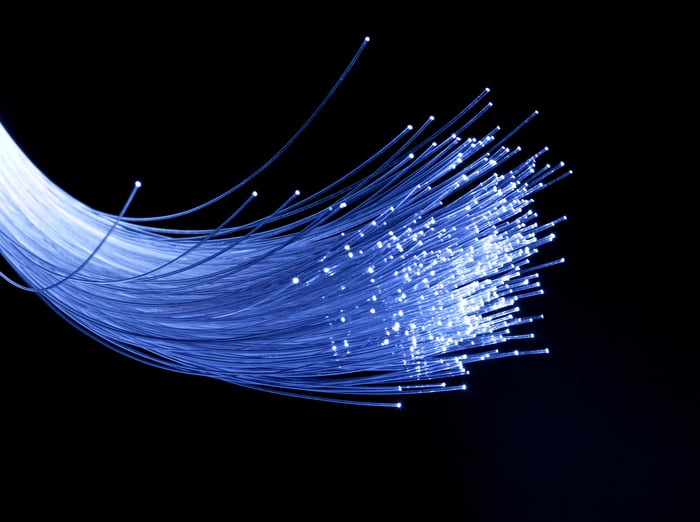 NeoPhotonics CEO Tim Jenks noted that business is improving in North America and stabilizing in China, but that's still a far cry from returning to actual sales growth and earnings printed in black ink.

Huawei is reportedly stepping up its network equipment builds right now, but that won't affect NeoPhotonics until the Chinese giant has worked through a large oversupply of optoelectronic components from its warehouses.

So NeoPhotonics is tapping the brakes on its production lines and taking steps to reduce operating costs overall in the short term. As a shareholder, I can only hope that the cuts aren't too deep to let NeoPhotonics take advantage of the inevitable market turnaround.

Fortunately, Jenks appears to be thinking along the same lines.

"While these issues may overshadow metro growth and 400G wins and related early shipments in the near term, we believe that the mid- and long-term market drivers for our business remain compelling, including in China as they continue to build out national backbone, provincial, and metro networks," Jenks said in the earnings call.