Shares of payment processor Square Inc (NYSE:SQ) jumped 12.3% in July, according to data provided by S&P Global Market Intelligence, after an analyst suggested the company could be a buyout target.

Analyst Joseph Vafi at Loop Capital Markets sent Square's stock into a frenzy on July 12 after suggesting PayPal Holdings Inc (NASDAQ:PYPL) should buy its smaller rival. The idea would be to combine two of the largest payment processors into one and merge the two biggest money sharing apps, Venmo and Square Cash. 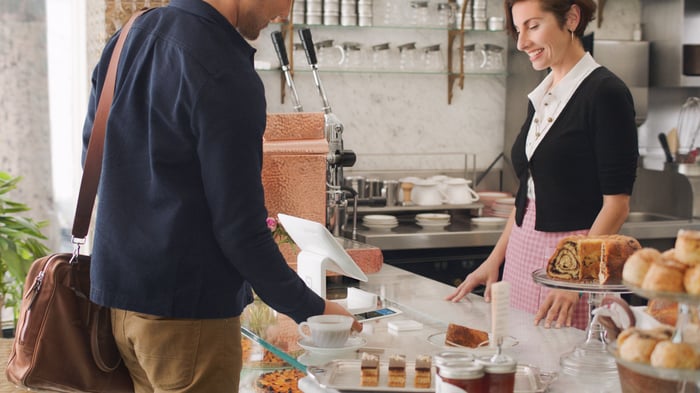 As Square has added more services to its platform, the company has been growing rapidly and may be in a more advantageous position, serving small businesses rather than customer accounts. The market certainly liked the idea, pushing shares of Square higher.

It makes a lot of sense on the surface to combine Square and Paypal, but the business momentum Square has may make it less willing to accept an offer. The company has built out a suite of services for business that makes its payment processor even more attractive for new small and even medium sized businesses. Given that momentum, I'm not sure an acquisition by Paypal makes sense for Square, unless it sees an advantage in scale that may come from a deal.

The market may have been speculating on a buyout last month, but I'll stay in the skeptical camp and ride Square's growth as a solo company.