Please ensure Javascript is enabled for purposes of website accessibility
Log In Help Join The Motley Fool
Free Article Join Over 1 Million Premium Members And Get More In-Depth Stock Guidance and Research
By Ashraf Eassa - Aug 8, 2017 at 8:30AM

A focus on 3D XPoint technology could help boost Intel's memory profits, at least in the near to medium term.

Although the company continues to invest in future NAND flash technologies and products built around those technologies, Intel has been rather vocal about a new type of non-volatile memory that it's in the process of bringing to market, known as 3D XPoint. 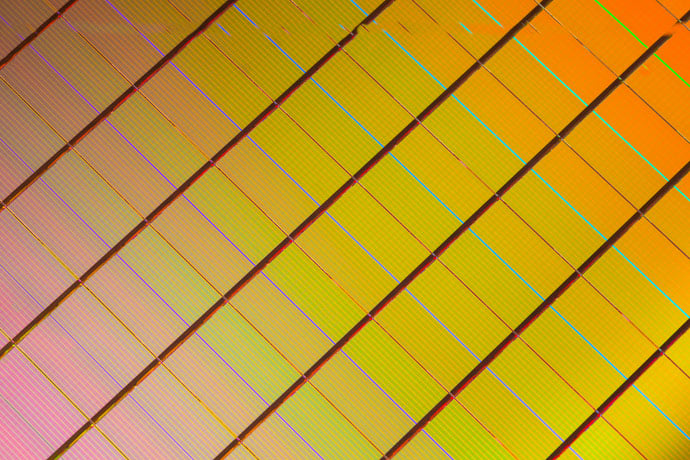 3D XPoint, it would seem, is the technology that Intel hopes to ride to increased profitability for its non-volatile memory solutions group (NSG).

To understand the role that Intel hopes 3D XPoint will play in its memory business, it's worth checking out what Intel CEO Brian Krzanich had to say about its overall strategy in the memory business on the company's most recent earnings conference call.

"Our whole strategy around the memory is that we are focused on differentiation and performance, and specifically around supporting the data center," Krzanich said.

While Intel does also sell products into the consumer market (the company just released its Intel SSD 545s drives for the mainstream consumer market, for example), Intel generally puts a lot more development effort into its data center products than it does into its consumer products.

For example, a key part of a modern solid-state drive is the NAND flash controller, which manages how data is written to and read from the underlying NAND flash media. Intel's data center solid state drives have controllers designed by Intel and firmware (that is, the logic that runs on the controller hardware) tuned for specific applications (Intel sells a range of drives, each optimized for different use cases).

Intel's consumer drives, on the other hand, tend to use third-party controllers (these days, NAND flash controller specialist Silicon Motion (SIMO 2.44%) seems to be providing all the controllers for Intel's client drives) with Intel-designed firmware running on the controller.

Additionally, while it is true that Intel is "focused on differentiation and performance" for its data center products, its client products are quite middle-of-the-road in terms of performance (see this review of Intel's SSD 600p client drive, for example).

Intel's focus on data center solid state drives isn't surprising given that data center drives can often sell for large multiples of what client-focused drives can sell for, making the former much more lucrative than the latter.

Even with this in mind, Krzanich did say on the call that Intel's "real goal is to move more and more of the [NSG] business toward the 3D XPoint as we move into next year, because that really differentiates us again as we really change the hierarchy between memory and storage as the data center DIMM memory systems come out."

Will this strategy work out?

Intel's strategy here seems sensible enough, but only time will tell if it ultimately pays off.

One risk that I see is that 3D XPoint -- or, at least, alternative technologies like it -- won't remain exclusive to Intel forever (technically speaking, 3D XPoint was developed in partnership with memory specialist Micron (MU 4.37%), so it's not even exclusive to Intel). Other companies -- ones that live and breathe memory technologies -- will surely want to bring out competing products.

Unless Intel can find a way to stay significantly ahead of its competition in terms of technology and, ultimately, value proposition within the data center, 3D XPoint will be just as much a commodity technology as NAND flash is, which could put a lid on the ultimate profitability that the company could enjoy from products based on the technology longer term.