In the last few months, the stock of global satellite telecom company Globalstar (NYSEMKT:GSAT) has been rallying strongly. However, while sales notched a 12% increase in the just-reported second quarter of the year, there was still a $12.5 million loss from operations. Speculation seems to be in the driver's seat here, and investors should be careful. 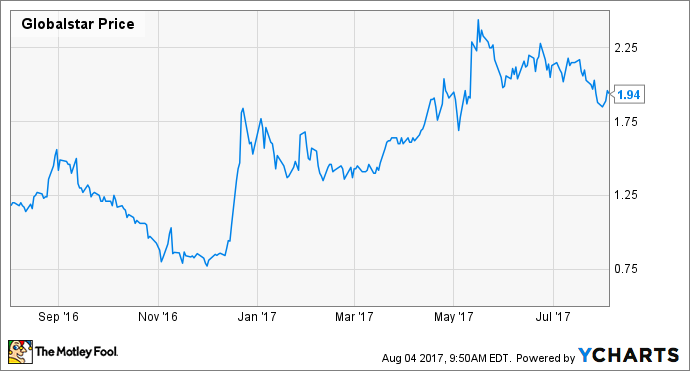 In the second quarter of 2017, Globalstar revenue increased 12% to $28.1 million, compared to $25.1 million last year. That is good news for the company, as revenue has been steadily rising now since 2010, when it began updating its current satellite array. 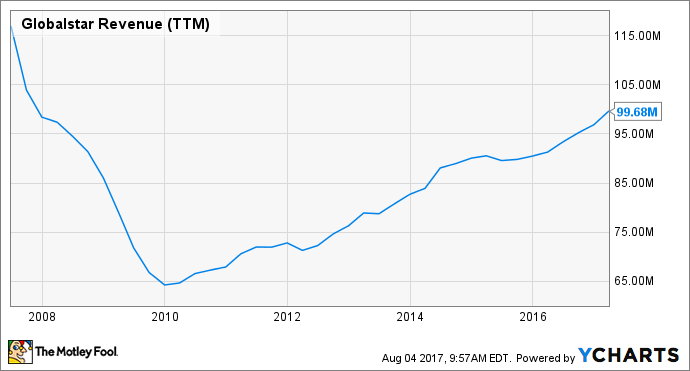 The top line is improving, but it is profit margins that are the concerning part here. Globalstar still hasn't reached scale, as the company loses money on operations. In the second quarter, the loss was $12.5 million and $98.7 million on operations and on a net basis, respectively. Free cash flow, or cash left over after operations are paid for, has also remained negative for years. 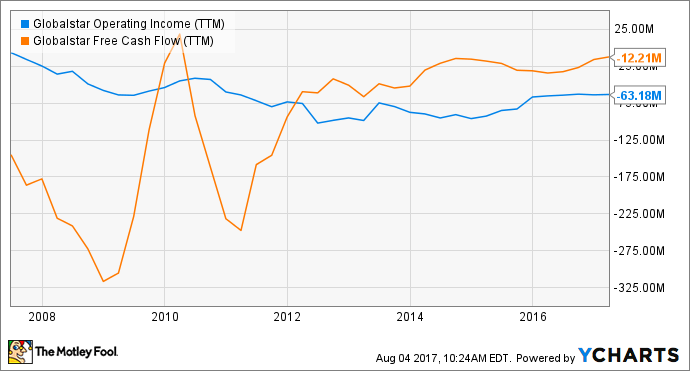 To hit breakeven, the company still needs to generate significantly more revenue. While the company is making headway in that regard, last quarter's year-over-year increase still puts breakeven several years out assuming that number holds. However, the trend is positive, and that has led some to speculate that the satellite company could be a takeover target.

Speculating on a lifeline

Since I last wrote about Globalstar a few months ago, the stock has rallied as much as 30%. Little has changed, but investor interest has been driven by speculation that the company could be purchased for its telecom assets. Perhaps fueling the fire was Verizon's (NYSE: VZ) and AT&T's (NYSE: T) bidding war over Straightpath Communications (NYSEMKT: STRP) back in May.

Globalstar was recently awarded approval from the Federal Communications Commission (FCC) to use its satellites as a network extension for land-based wireless 4G LTE providers. The company is looking for a partner to help monetize that approval, but the fact that it was given the nod from the FCC has led some to think a Globalstar bidding war like the one for Straightpath could ensue. 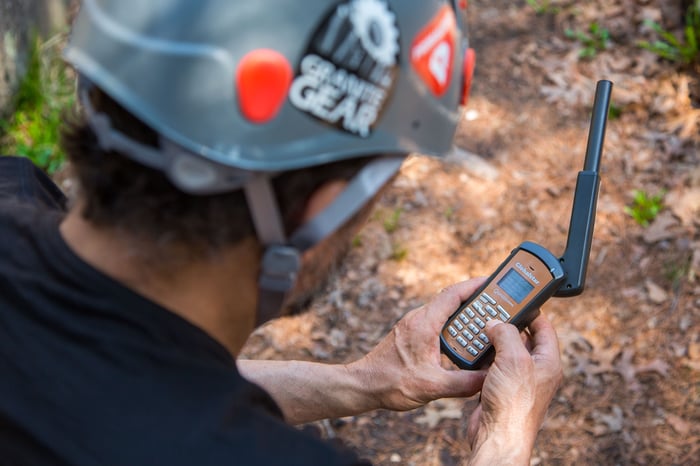 What many speculators may have missed, though, is that Globalstar already has a savior: Thermo Companies, whose CEO is Globalstar CEO James Monroe. Thermo owns over half of Globalstar shares and most of its debt, putting the small satellite provider squarely in its control.

While that type of insider ownership could be a good thing, in this case it could create a conflict of interest that hurts other shareholders. Bleeding cash, Globalstar has been relying on the issuance of new shares to keep it afloat, and the primary buyer has been Thermo. That boosts Thermo's ownership, but dilutes the value of shares for everyone else.

That also means that a possible sale of the company will be up to Thermo to decide on, not other investors, and it might not favor a buyout unless the offer is significantly higher than its average cost per share. What's best for the goose (shareholders) may not be best for the gander (Thermo).

The good, the bad, and the ugly

Globalstar has valuable assets in its global satellite telecom service, recently approved for ground LTE use in the U.S. and is currently seeking approval in other countries as well. Revenues are on the rise, although the new capabilities of its satellites for on-the-ground telecom in the U.S. have yet to be unlocked.

However, even with revenues on the rise, the company is still a long way off from profitability and relies on its insiders to stay afloat. That situation dilutes ownership for everyone else and over time lowers the value of shares.

At this point, any significant rise in the stock is likely to be rooted in speculation. Long-term investors should tread lightly.