RigNet (NASDAQ:RNET) continues to muddle along as the energy industry begins a slow recovery process from one of its deepest downturns in decades. Revenue, for example, was down double digits from last year's second quarter, though up slightly from the first quarter. Meanwhile, its net loss did the opposite, improving versus the year-ago quarter but deepening sequentially. On the plus side, the company continues to generate free cash flow, expand its market share, and diversify into new markets, which positions it to deliver better results in future quarters. 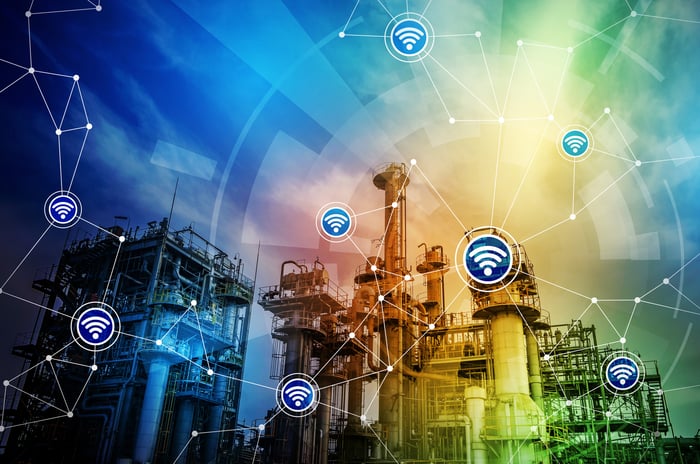 RigNet seemed to take two steps forward and two back.

CEO Steven Pickett commented on the company's second-quarter results and what lies ahead by saying:

Our recent acquisition of Cyphre, in conjunction with our acquisitions of substantially all of the assets of DTS and ESS, have helped advance our stated strategies to build and grow our over-the-top portfolio and to diversify our revenue stream. These acquisitions also demonstrate our commitment to expand the RigNet value proposition to our customers while increasing RigNet's addressable market. Furthermore, during the second quarter, our team expanded RigNet's core market position by increasing the number of sites we serve by 5% quarter over quarter while delivering $1.1m in Unlevered Free Cash Flow.

As Pickett points out, RigNet has been active in the mergers and acquisitions market over the last few months. In May, the company acquired Cyphre, which is a cyber security company that diversifies its offerings to customers. It followed that up in July by purchasing DTS, which provides comprehensive communications and IT services to the onshore, offshore, and maritime industries. Finally, it spent $22.2 million to buy ESS, which provides wireless communications services via satellite networks to midstream companies. RigNet was able to use free cash flow and its solid balance sheet to make transactions that will grow its product portfolio and diversify its revenue stream and customer base.

One of RigNet's goals in response to the oil market downturn was to diversify its business away from the offshore drilling industry given that sector's muted growth prospects in the near term. Its recent acquisitions are certainly a step in the right direction. With the ESS deal, for example, the company has now become the leader in providing communications services to the North American midstream sector, which tends to generate steadier cash flow because fee-based contracts underpin these assets. Furthermore, the sector has ample growth ahead of it given the forecast that the U.S. and Canada need to spend $26 billion per year to build additional energy infrastructure assets over the next two decades. The hope is that the new markets like midstream will drive growth in the coming years and eventually more than offset the business it has lost offshore, which could take years to get back to where it was.