Shares of Capitala Finance Corp. (NASDAQ:CPTA) are down by nearly 14% as of 2:00 p.m. EDT after the company's second-quarter earnings results revealed credit deterioration in some of its largest portfolio investments.

The bite-sized business lender has a growing list of problematic loans that are performing so poorly that the company no longer recognizes income from them. This quarter, Capitala reported that six investments were on non-accrual status, up from three investments on non-accrual as of its previous quarterly report. 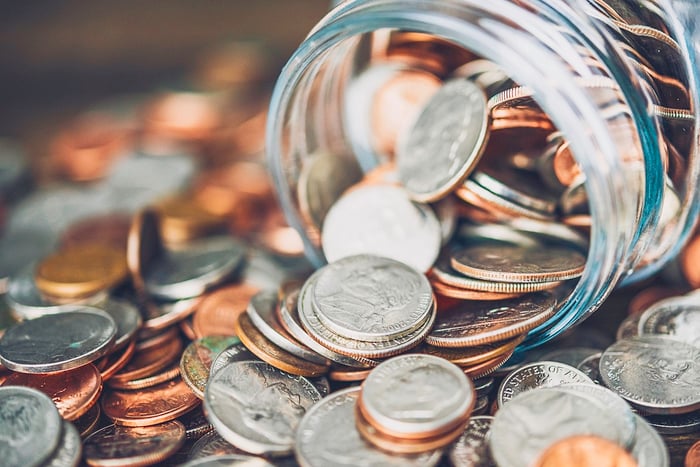 Even at depressed prices, non-accrual assets make up more than 21% of the business development company's net asset value (book value), or approximately $3.19 of book value on a per-share basis. Capitala Finance reported that net asset value stood at $14.97 per share at the end of the second quarter.

Loss content may not be limited to reported non-accruals. Capitala Finance marked a loan to Bluestem Brands at 98% of par this quarter, a curious mark, since other BDCs mark it at a much lower valuation as a percentage of par value.

Prior to the end of its quarterly reporting period, Moody's downgraded Bluestem Brands. S&P Global followed with a downgrade of its own on July 10, writing that it expects "Bluestem's operating performance and credit metrics will continue to deteriorate over the next 12 to 18 months based on our view of underperformance in the company's credit portfolio, competition, and weak sales trends in the retail sector."

The question for investors is whether Capitala Finance can earn net investment income sufficient to pay its dividend going forward. On the conference call, CFO Steve Arnall admitted that the prospect for earning its dividend in the near term is weak, although the company remains committed to a longer-term perspective.

"As it relates to NII, near term, NII will not cover distribution and that's mainly due to the drag associated with all the liquidity that you referenced and through the impact of these non-accrual loans in the next few quarters," he said in response to an analyst's question about dividend sustainability.

Some back-of-the-envelope math shows the difficulty Capitala faces. Adding back non-recurring finance expenses ($0.21 per share) to its reported net investment income ($0.04 per share) gets you to $0.25 per share of "normalized" income, well below its current monthly dividend of $0.13 per share, or $0.39 per quarter.

Investors aren't eager to hold on for a recovery in Capitala's credit performance. After today's decline, shares now trade for about 0.74 times its reported book value, well below the industry average of 0.94 times book.