Domino's Pizza Inc. (NYSE:DPZ) has been one of the best-performing stocks of recent years, but that doesn't mean every month is a winner. Last month, the pizza-delivery chain got tripped up after turning a mixed earnings report. The stock ended July down 12%, according to data from S&P Global Market Intelligence. 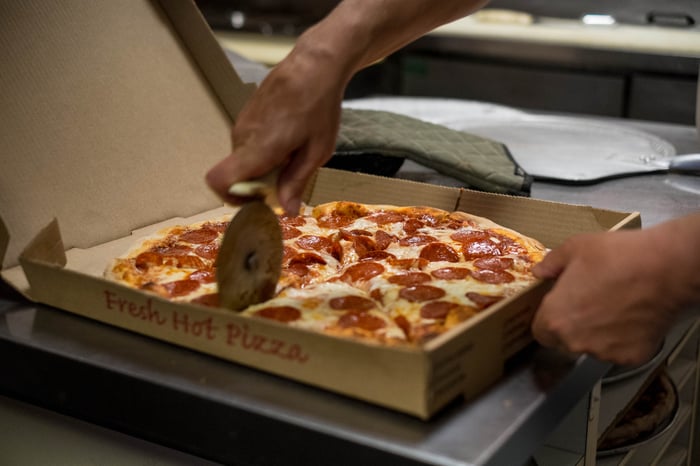 Most of the stock's losses came on July 25, after Domino's reported earnings: 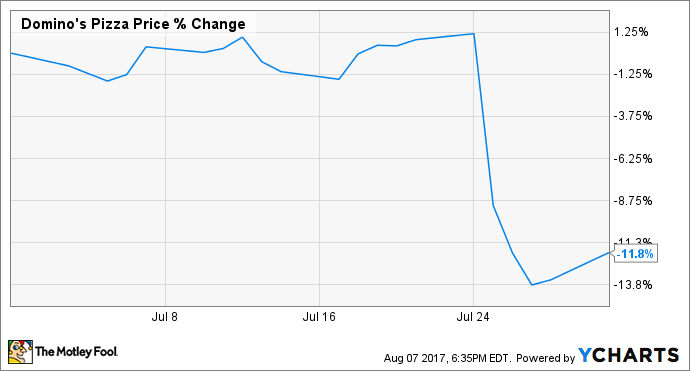 Domino's shares fell 10% after the earnings report came out, even though the company reported strong numbers. The chain said revenue was up 14.8% to $628.6 million, which beat estimates at $613.4 million, riding a 9.5% increase in domestic comparable sales and a 2.6% uptick in international comps.

However, investors had a number of concerns, including slowing international growth, narrowing operating margin, and an earnings-per-share result that would have missed estimates had it not been for a lower tax rate.

CEO Patrick Doyle acknowledged that international same-store sales were "slightly under our expectations," but he added, "We remain very confident in our continued ability to generate best-in-class growth, and are encouraged by the strong store growth we are seeing from our international franchisees."

Domino's shares have bounced back from the depths of the sell-off, gaining 7% since then.

With strong comparable-sales growth and delivery gaining in popularity, this stock should continue to outperform.