As we settle into the doldrums of summer, it's a great time for investors to ponder management's comments from earnings conference calls that took place earlier in the season. Constellation Brands, Inc. (NYSE:STZ) raised full-year earnings guidance alongside its fiscal first-quarter 2018 earnings report filed on June 29, and management sounded extremely confident about the company's longer-term opportunities. Let's review five key quotes from the earnings call that reflect the executive team's current assessment of the business.

The beer business is still our most vital asset

[We'll start with] Constellation's beer business, which remained the #1 growth driver in the high end of the U.S. beer market, driving 60% of the growth of this market segment while posting double-digit depletions and significantly improving margins. -- CEO Rob Sands 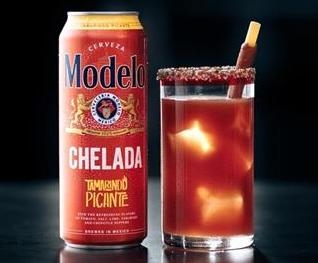 No shareholder can accuse Constellation Brands of failing to exploit opportunity following its 2013 acquisition of the U.S. rights to the Mexican beer portfolio of Anheuser-Busch InBev's (NYSE:BUD) subsidiary Grupo Modelo. As CEO Rob Sands makes clear, the company has benefited tremendously from American consumers' insatiable thirst for the distinctive lager beers that originate south of the border: Net beer sales in fiscal 2017 jumped 17% to $4.2 billion.

But Constellation isn't content to sell into demand. It's also creating new variants within the portfolio. An example is the introduction of its second new Modelo "chelada" flavored beer -- Tamarindo Picante, pictured on right. Brand innovation is one of the primary ways Constellation can maintain its growth and retain the market share it's captured, and the company appears to be aggressively engaged on this front.

Our capacity plans are proceeding ahead

From an operations perspective, our Nava Brewery completed its expansion phase to 25 million hectoliters last quarter, ahead of the schedule, and we look forward to completing the next phase of expansion, taking the brewery at 27.5 million hectoliters of capacity by calendar year-end. -- CEO Rob Sands

In the five-year period that will end in December 2019, Constellation Brands is on track to have invested $4.5 billion in beer production capacity. Most recently, the company acquired Grupo Modelo's brewery located in Obregon, Mexico, for $587 million, thus easing some supply pressure as it begins to break ground on yet another brewery in Mexicali, Mexico. Simple conceptually but often difficult in execution, Constellation has vigorously opened up new capacity each year since 2013. Without this production expansion, it's doubtful the company would have achieved its brisk revenue gains during the period. 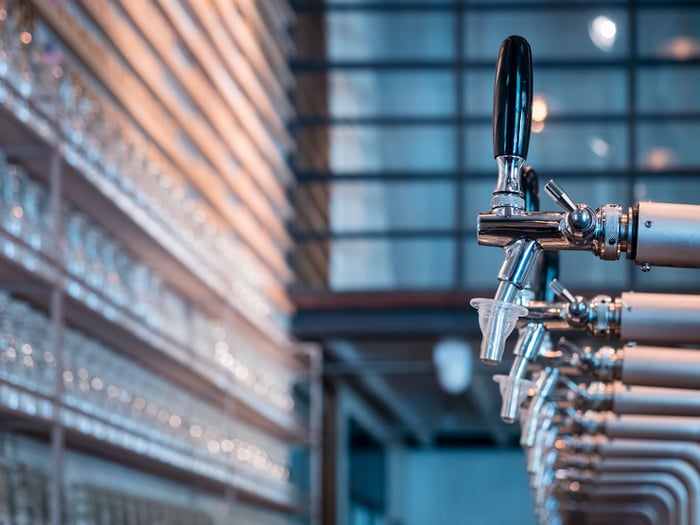 A stumble in a costly acquisition

This business has not performed to expectations from a growth standpoint. As a result, we recorded an impairment charge related to the trademark value of the acquired brands for the first quarter. However, we remain committed to achieving our targeted return on investment for this acquisition. -- CEO Rob Sands

Constellation raised eyebrows in late 2015 when it acquired west coast craft beer standout Ballast Point Brewery for a cool $1 billion. In the fiscal first quarter of 2018, Constellation wrote down the value of Ballast Point's trademarks by $87 million. The surprising non-cash impairment charge can be thought of as a retrospective, clear-eyed adjustment to the purchase price. Nonetheless, the company is still quite confident in the brewery's eventual success.

Don't forget about our out-performing wine and spirits business

Constellation sold its Canadian Wine business to Ontario Teachers' Pension Plan in December 2016 for $779 million. In doing so, the company gave up approximately $365 million in annual sales from which it generated an operating income margin of nearly 18%.

Yet, as CFO David Klein implies above, the sale of this business, coupled with acquisitions of high-margin wine and spirits portfolios, has boosted the segment's value. In addition to the leap in operating margin Klein mentions, the wine and spirits segment enjoyed 6% organic growth during the quarter -- well ahead of industry growth rates.

We're not in the market for a megamerger

The real opportunity is brands and tuck-in deals, and that's something that we can keep doing and do it and meet our financial disciplines, which is an important part about it. I mean, we buy brands like Meiomi or other brands. We can tuck it into our existing infrastructure. These things are growing very high double digits, and we are buying them at reasonable multiples, which, post-synergies, are multiples that generate actually a very high return. -- CEO Rob Sands

This quote, in response to an analyst's question, demonstrates Constellation Brand's acquisition discipline and provides an interesting window into management's thinking. The company has enjoyed a tremendous amount of success with smaller, "tuck-in" acquisitions over the last several years.

With a present debt-to-EBITDA ratio of 3.5, the company's balance sheet is moderately, but not overly leveraged. It could conceivably add debt and grow through ever-bigger acquisitions, a path most prominently taken by competitor Anheuser-Busch.

Ultimately, though, Constellation isn't after revenue for revenue's sake. The organization maintains pretty strict investment criteria, and management favors acquisitions that will exceed its own high internal rates of return. In essence, investors should lay aside any dreams of a blockbuster acquisition. Constellation makes way too much money as it is from its smart, smaller purchases.