Over the past couple of years, automotive sales in China have been as unpredictable as the latest Hollywood dating story. Roughly two years ago, we saw a sales slump over the summer, only to then witness a spike as the government cut the vehicle purchase tax in half. Years ago, a territorial dispute caused a huge backlash toward Japanese autos by Chinese consumers, and a tsunami-inducing earthquake in Japan rattled suppliers and caused sales to plunge -- you just never know what's going to happen with sales in China.

With those developments largely in the rearview mirror and after a slow start to this year, sales are starting to pick up in China. In July, Japanese autos seriously outpaced their Detroit counterparts in the Middle Kingdom.

Ford Motor Company (NYSE:F) sold more than 84,000 vehicles in China in July, a 7% decline from the prior year. That same decline holds true for the automaker's year-to-date sales, which nearly hit 622,000 during the first seven months. And when you look across the board, it's pretty clear where the pressure is coming from: Changan Ford Automobile, the joint venture responsible for selling Ford's passenger cars. Sales were down 16% in July, driven by weaker sales for its top two models, the Escort and Focus.

A bright spot for Ford was easily its luxury Lincoln lineup, which has only entered China in recent years. Lincoln sales jumped 68% in July alone to 4,713 units and are up 92% year to date to just over 29,000 units. Also having a strong month: Ford's Jiangling Motor Corporation (JMC) joint venture, which produces many of the company's pickups, light trucks, commercial vans, and the Ford Everest. JMC posted an 11% sales increase in July to 19,772 units and a 17% year-to-date increase to 163,253 units. 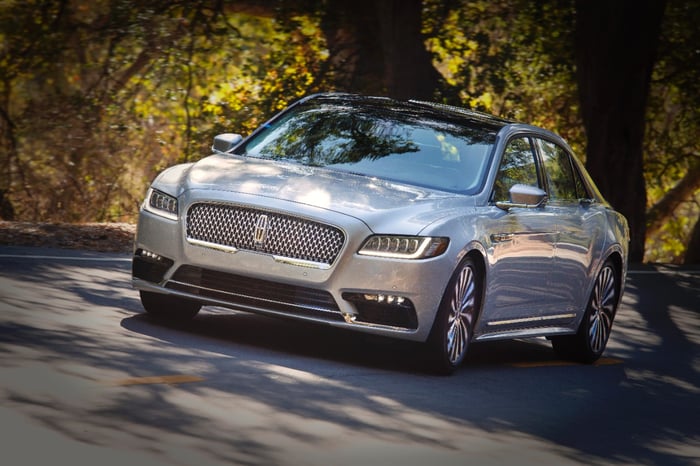 Similar to Ford's Lincoln story, Cadillac has had amazing results in China recently. GM's luxury lineup posted more than 12,000 units sold in July, a 37% increase over the prior year and the 17th consecutive month of double-digit sales growth.

Left in the dust

Even though GM leads in overall volume, Japanese automakers recorded superb July results in China, with the country's big three automakers posting double-digit sales gains. Honda Motor Co. (NYSE:HMC) posted a 12% sales gain in July to 113,803 units. That's not a one-month fluke, either, as Honda has managed to increase its sales 18% year to date to 757,970 units. Toyota Motor Co. (NYSE:TM) took second place with an 11% increase to 108,900 units. Its year-to-date sales gain was less impressive than Honda's, with a 6% rise to 732,900 units.

Last in terms of total July sales volume, but first in terms of year-over-year gains, was Nissan Motor Co. (OTC:NSANY), with a 14% gain to 104,794 units. Nissan's year-to-date sales have increased 7.6% to 755,319 units, which slots it right between its Japanese competitors, and all three remain a healthy amount ahead of Ford -- but far behind GM's 2.05 million units sold through July.

While sales in China are subject to wild changes thanks to government incentives, it remains the land of growth opportunity for automakers over the coming decades. Currently, automakers have to figure out how to increase total sales but also how to transform China into a second pillar of profits, so that automakers aren't solely dependent on the lucrative but plateauing U.S. market. This will be no easy task, but investors should keep an eye on increasing SUV sales, as well as luxury lineups, to see which automakers can boost margins along with total sales figures.