Shares of Hertz Global (OTC:HTZG.Q) jumped as much as 26% on Wednesday, following the release of the car rental company's second-quarter earnings. The stock is up about 25% at the time of this writing.

For its second quarter, Hertz reported an adjusted loss per share of $0.63 -- worse than Hertz's loss of $0.41 per share in the same period last year. Second-quarter revenue was also worse than the year-ago quarter, falling 2% year over year to $2.2 billion. 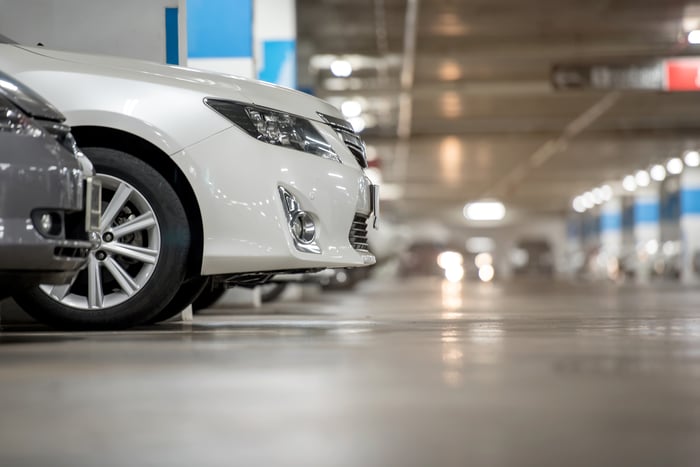 Investors, however, are likely pleased with Hertz's promising outlook. CEO Kathryn Marinello said the company has made "significant progress" during the first half of the year executing on its turnaround plan. Furthermore, Hertz is "encouraged by preliminary third quarter 2017 total revenue per day trends." Total revenue per day during July is expected to increase about 3% compared to July 2016, according to the second-quarter earnings release. And while there's no certainty yet about how August will pan out, management said early indications point to similar trends. September, however, is expected to be seasonally weaker.

While Marinello was optimistic about the company's progress on its turnaround plan, she also warned that Hertz still has some hard work ahead: "Admittedly, we still have a lot of work to do, but these early wins are evidence that we have the right plan in place to ultimately achieve best-in-class outcomes."