Please ensure Javascript is enabled for purposes of website accessibility
Log In Help Join The Motley Fool
Free Article Join Over 1 Million Premium Members And Get More In-Depth Stock Guidance and Research
By Daniel Miller – Jun 24, 2020 at 11:10AM

Could used car retailers really be interested in Hertz?

It's been widely covered that Hertz and its massive $19 billion pile of debt will likely leave current shareholders with nothing. That said, the bankruptcy process can play out in many ways. And now Jefferies analyst Hamzah Mazari noted that large used-car retailers CarMax (KMX 0.01%) and AutoNation (AN 1.45%) could be positioned to jump in, possibly purchasing a 150,000 vehicle chunk of Hertz's fleet to generate cash and help satisfy some lenders. Mazari believes the sale could generate roughly $3 billion and be beneficial for Hertz, which he anticipates will have only $365 million cash on hand by the end of this month. The company had roughly $1 billion cash on hand when it filed for bankruptcy on May 22, 2020. Simply put, the longer the bankruptcy process drags on, the fewer options the company will have and the more desperate it will be to give rivals and other entities opportunities. 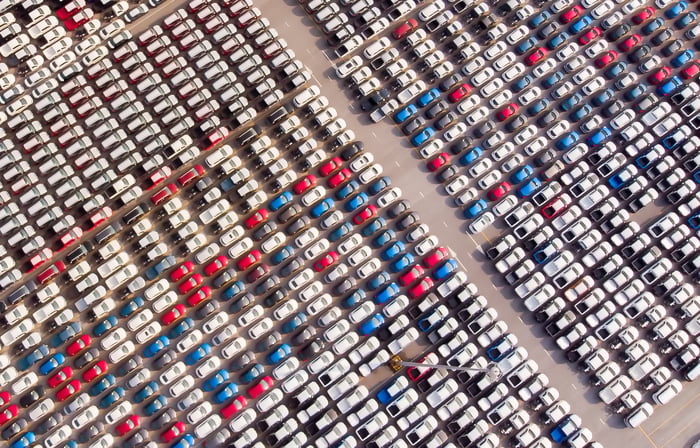 It does make sense for CarMax and AutoNation to be interested for a couple of possible reasons. The auto retailers might see value in the fleet vehicles themselves, or they could be seeking some leverage in the possible negotiation of a restructured Hertz company. Or they could simply see value in Hertz escaping possible liquidation and the selling of hundreds of thousands of additional vehicles, which would certainly put downward pressure on broader used-car prices and thus hurt their own business directly. Regardless of reason, every day Hertz fails to restructure and reemerge from bankruptcy, the easier it is for rivals to pick up market share in hopes of a broader transportation recovery in a post-pandemic world.

Holding current shares of Hertz is a risky play as the company faces possible delisting from the New York Stock Exchange (NYSE), equity dilution if it manages to receive some sort of financial backer, possible liquidation, and a potential liquidity shortfall as it burns cash while operating the company during bankruptcy. Keep in mind that Hertz being able to satisfy lenders' $19 billion in debt, which needs to happen before shareholders receive any value, remains unlikely. Therefore, owning shares of Hertz for some type of buyout scenario is highly speculative.