Please ensure Javascript is enabled for purposes of website accessibility
Log In Help Join The Motley Fool
Free Article Join Over 1 Million Premium Members And Get More In-Depth Stock Guidance and Research
By Daniel Miller – Jun 13, 2020 at 9:00AM

With so much confusion surrounding Hertz, let's outline three clear reasons to stay away.

When investors see stock from a well-known company such as Hertz (HTZG.Q) plunge, it's tempting to pick up shares at a low price while awaiting a rebound -- after all, buy low and sell high, right? 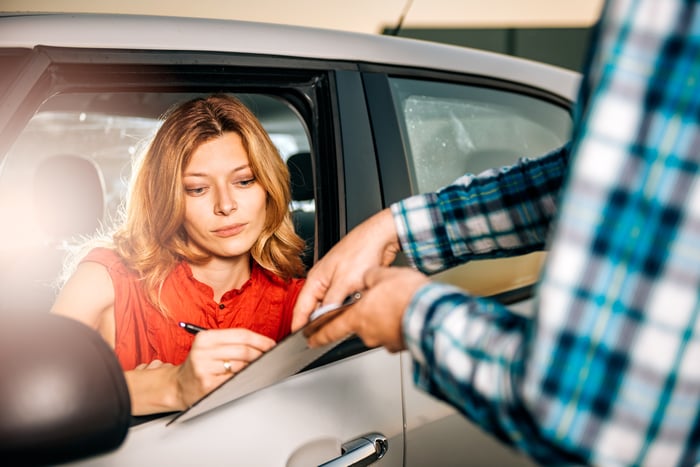 In one of the more crazy developments in the markets recently, after one of the world's top investors, Carl Icahn, sold his nearly 40% position at a staggering loss, shares of Hertz soared from May 26 lows of $0.41 per share to a June 8 close of $5.53. The move was absolutely baffling, and CNBC's Jim Cramer put it bluntly when warning investors, "You may think a stock like Hertz or Chesapeake Energy (CHKA.Q) looks like a steal at these levels, but the only people being robbed here are you the buyers." Cramer continued, "Believe me, if there was a real chance the common stock would be worth anything, Icahn would've stuck around. He didn't." Further, you can see in the graphic below how investors have opted to own shares of Avis Budget Group (CAR 3.40%), as its share price puts distance between itself and the stock price of its competitor. 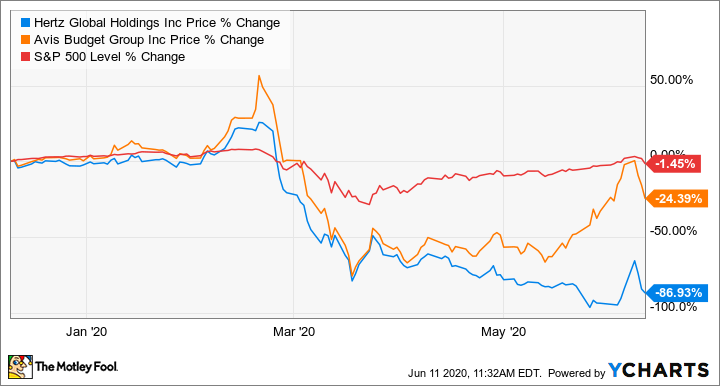