The S&P 500's bull run continues to rage on, making it harder and harder for value investors to find good stocks to buy. Thankfully, there are always bargains to be found if you are willing to turn over enough rocks.

So which discounted stocks do we think are worthy of consideration today? We asked posed that question to our investors and they picked Amplify Snack Brands (NYSE:BETR), Target (NYSE:TGT), and AbbVie (NYSE:ABBV). 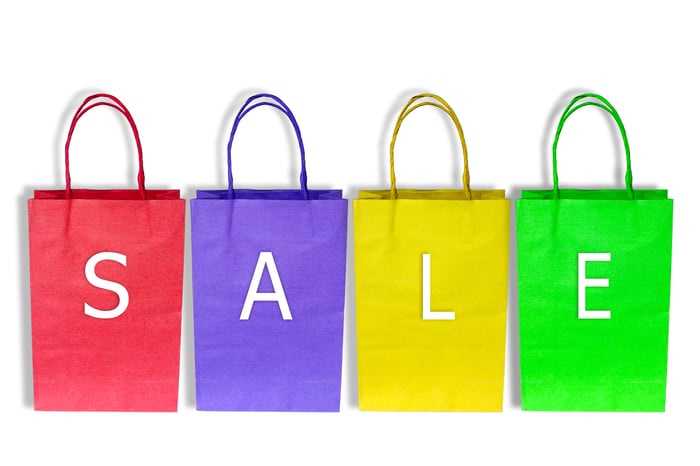 Rich Duprey (Amplify Snack Brands): It's been two years since Amplify Snack Brands went public, and after hitting an all-time high a year ago, its stock has lost more than 40% of its value. But the maker of SkinnyPop popcorn and Oatmega grass-fed whey bars could be ready to pop again.

The market researchers at Technavio say the global savory snacks market is expected to hit almost $176 billion by 2021, a 5% compounded annual growth rate, with 83% of consumers in 2016 (compared to 76% two years prior) saying they snack daily, feeding into the concept of snacking as a trend. And analysts at IRI note that 60% of consumers want additional health benefits beyond the food's inherent nutrition, an 8% increase over last year.

Amplify's own market research further highlights how consumers are moving in its direction, with 55% of millennials reportedly eating healthier snacks at least three times a week and 89% eating them at least once a week. They're described as "the drivers behind the better-for-you snacking trend, defining both how we snack as a population as well as our expectations of the category."

Demitri Kalogeropoulos (Target): Few major retailers have been punished as severely as Target in 2017. The stock is down over 20% so far this year as investors fear its entire business -- from home goods to apparel to groceries -- is exposed to disruption from e-commerce specialists.

Sure, its operating trends haven't impressed lately. Target's customer traffic tumbled in two of the last three fiscal years, after all. And despite major investments in the digital sales channel, its overall expansion pace slipped into negative territory in 2016.

Target's turnaround plan involves pairing increased price investments with a renewed focus on the exclusive brands that have helped distinguish the retailer from its competition in the decades since its founding in the late 1960s. The profit slump that this strategy promises has spooked investors, but the early growth results are encouraging so far. Target recently announced improving traffic trends ahead of its second-quarter earnings release slated for mid-August.

Even if that report includes a surprising sales boost, though, investors should brace for volatility in the business over the coming quarters, especially around the ultra-competitive holiday shopping season. Yet Target's valuation of just 12 times the past year of earnings (compared to 24 for the broader market) means much of the pessimism is already reflected in the stock. The Dividend Aristocrat's 4.3% yield, meanwhile, provides a market-thumping income that investors can collect while they wait to see if the rebound strategy takes hold.

Brian Feroldi (AbbVie): Most companies that consistently crank out double-digit revenue and earnings growth trade at lofty valuations, but that's not the case for pharma giant AbbVie. This profit machine can be purchased today for only 11 times next year's earnings estimates. What gives?

The discounted valuation can be traced to the company's huge reliance on a single drug for the bulk of its revenue and profits. Humira is the world's best-selling drug, and it is used to treat a number of autoimmune diseases like arthritis, plaque psoriasis, ankylosing spondylitis, Crohn's disease, and ulcerative colitis. Total Humira sales were more than $16 billion last year. Despite that huge number, Humira's sales are still growing at double-digit rates today.

However, investors are worried that the gravy train could be coming to an end. Last year, Amgen won Food and Drug Administration approval for a biosimilar version of Humira called Amjevita. What's more, Coherus Biosciences has a biosimilar Humira drug candidate that should be in regulators' hands by early 2018. The markets are worried that these drugs will launch and put the hurt on Humira's sales.

In spite of this potential competition, AbbVie's management team doesn't appear to be worried. In fact, it is on record saying that sales and profits will grow by double digits each year until 2020. One reason for this confidence is that the company has dozens of patents in place that should protect Humira from the biosimilar competition for several more years. What's more, biosimilar drugs are expensive to manufacture so they are generally not priced at enormous discounts when they come to market. These factors give AbbVie confidence that Humira will still crank out profits for years to come. Furthermore, it believes that it will launch more than 20 new products of indications over the next few years. That should help to cushion the blow if Humira biosimilar candidates come to market sooner than expected.

Overall, AbbVie looks like a growth company that is trading at a value price. Throw in a 3.6% dividend yield that only consumes 60% of the company's profits and there are plenty of reasons to warm up to this pharma giant.