High-growth companies inevitably face a point at which even strong business performance leads to falling growth rates. Investors in NetEase (NASDAQ:NTES) have been pleased with the video game giant's impressive gains in revenue and profit because of its leading position in the Chinese gaming market, but in the back of their minds, they've wondered just how long the company's boom can go on without interruption.

Coming into Wednesday's second-quarter financial report, NetEase investors wanted to see the same strong gains in key business fundamentals that they've come to take for granted in past quarters. NetEase's report had solid numbers in it, but a decrease in earnings growth was enough to spook some shareholders, sparking new concerns about the company's longer-term prospects. Let's take a closer look at NetEase to see whether its results have anything to say about its future. 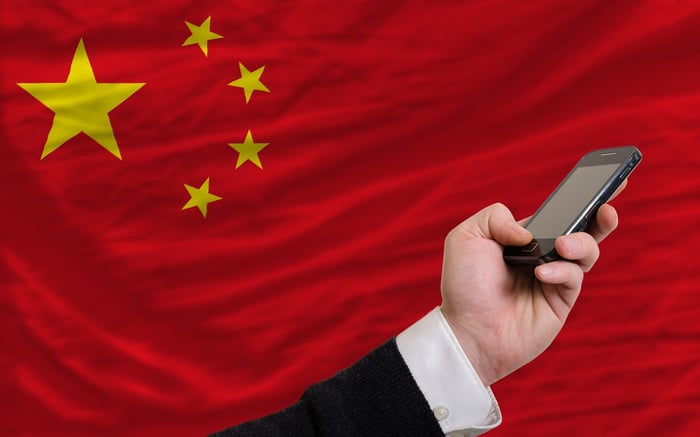 NetEase's second-quarter results definitely showed continued growth. Revenue grew by nearly half in the Chinese currency, translating to $1.97 billion and topping the consensus forecast among those following the stock of about $1.9 billion in sales. However, adjusted net income was higher by only 8%, and that worked out to $512.2 million, or $3.86 per share. Those numbers were below investor expectations.

Taking a closer look at the report, NetEase kept getting very strong revenue growth from most of its key segments. The online game services unit brought in 47% higher revenue compared to the year-ago quarter, as mobile gaming continued to take more share of overall activity, climbing by more than 10 percentage points to 72% of segment sales. The email, e-commerce, and other business segment posted nearly 70% growth in local-currency revenue. Yet the advertising services unit once again failed to post very strong results, with gains of just 12% on its top line. The company said that the automobile, internet services, and real estate industries were primarily responsible for advertising unit performance during the period.

As we've seen in previous quarters, NetEase wasn't able to make as much profit from its rising sales. Gross margin in the key online games business fell by more than 3 percentage points to 63.1%, as the company once again noted that its mobile game products have lower-margin figures than its traditional desktop online games. Advertising services margins rose slightly, but gross margin for the email and e-commerce business plunged by two-thirds to just 11.3% as NetEase saw a different mix of e-commerce-related business.

CEO William Ding was happy with how NetEase did. "We continued to invest in new content development," Ding said, "that broadens our offering and engages our community across our business lines." The CEO also pointed out that mobile gaming is still the company's best path forward to growth despite the rising importance of e-commerce.

What's ahead for NetEase?

NetEase is still optimistic about its future. The company pointed to its pipeline of games, including the hit Minecraft along with two Japanese-themed role-playing games. Moreover, Ding said that its markets are far from saturated, as "additional penetration in China's mobile market as well as overseas markets offer considerable room for NetEase's ever-increasing portfolio" of games.

Yet the company did signal signs of its tougher times on the bottom line by reducing its dividend. NetEase approved a $0.83 per share dividend for the second quarter, down from $1.08 per share in the first quarter of 2017. NetEase's dividend policy reflects the company's anticipated after-tax net income after each quarter, and so the weaker results flowed through to the payments that shareholders will receive.

NetEase shareholders weren't happy to see the company facing any signs of future challenges, and the stock fell more than 6% in pre-market trading Thursday morning following the late Wednesday announcement. Growth on the top line is good, but investors will want to make sure that NetEase doesn't neglect profit considerations. If the company doesn't bounce back in the remainder of 2017, then worries about NetEase's long-term prospects will only worsen over time.